Amarnath Yatra Suspended From Pahalgam Route Due To Bad Weather 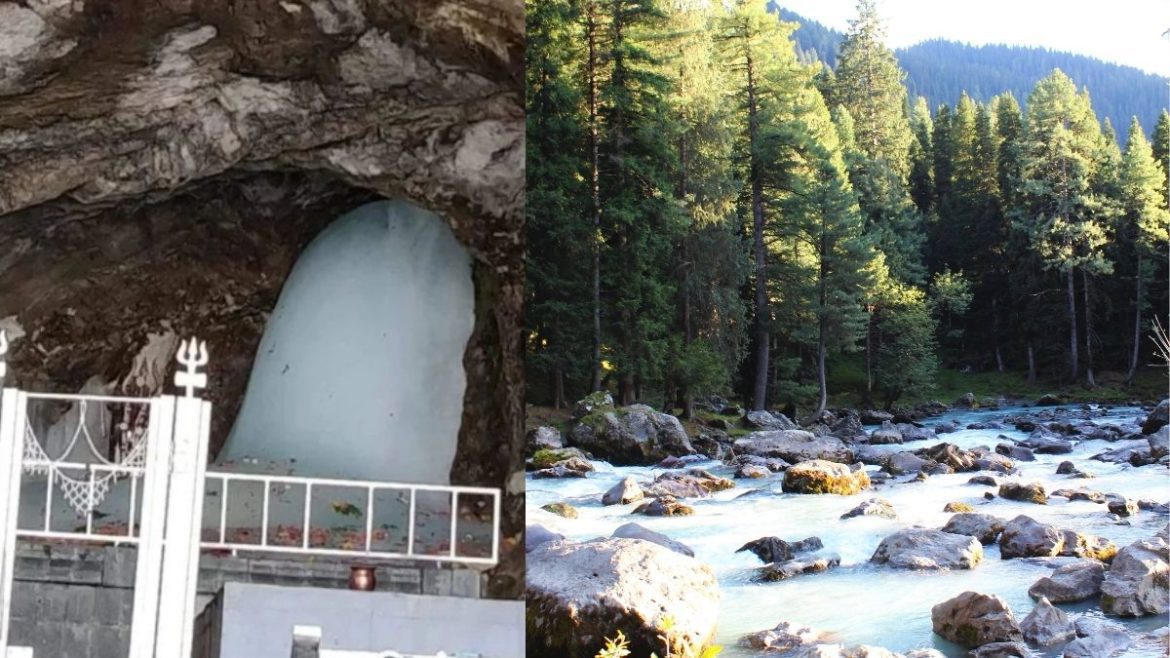 The Amarnath Yatra began on June 30 with the authorities anticipating lakhs of pilgrims to participate in this journey to the cave shrine of Lord Shiva. Till now, over 60,000 yatris have completed their darshan and headed back. However, authorities have asked the next batch of yatris to not go ahead on their journey as the weather is not suitable. Both routes from Batal and Pahalgam have been suspended due to the bad weather conditions.

Authorities have predicted heavy rainfall on the route to Amarnath as well as the places adjoining the base camps. The base camps are currently hosting over 2,000 to 4,000 pilgrims. And appropriate measures have been taken to ensure the comfort of the devotees undertaking the Amarnath Yatra this year. Recently, an accident was also reported where a 50-year-old man fell off 100 ft from a pony while returning from his darshan of the shrine.

There was also a security threat for the pilgrims on the Amarnath journey. However, security was beefed up and army personnel were deployed to monitor every route and journey that the pilgrims undertook. High technology measures like satellite surveillance and drones have also been placed for continuous monitoring of the areas.

At the moment, all travel by road has been kept to halt and the pilgrims will move only after the skies clear up and proper weather predictions.