This Is How Atul Kasbekar Discovered What Drives Him 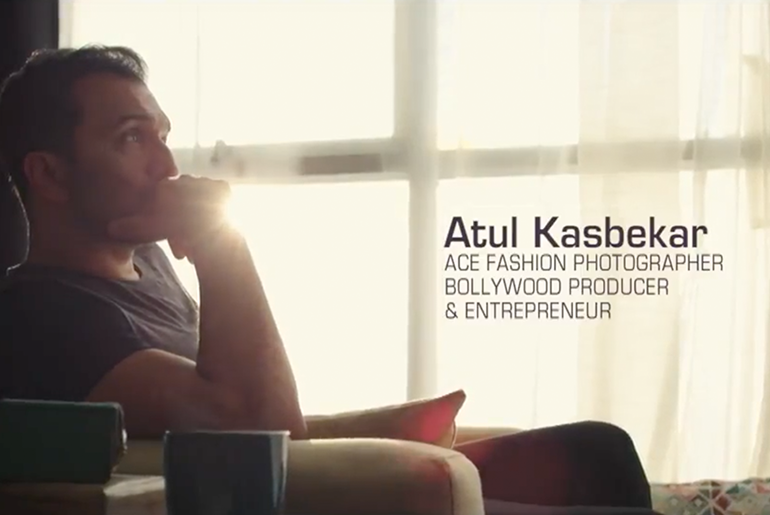 Who you are is defined by where your true passions lie. Atul Kasbekar’s voice in the latest Volvo XC60 video echoes not only in your ears but also in your heart. If only you truly know what he means. It takes courage, perseverance and a lot of hard work to be able to achieve success in something you are passionate about. For passion often pays in ways that can’t be measured. And sure enough, Atul Kasbekar, an ace photographer with the longest association with Kingfisher calendar shoots has not had it all easy. But he always had one thing in his stride and that is the drive that wakes him up and the thrill that keeps him going.

Not many would know but Atul was actually pursuing Chemical Engineering while he was looking at everything with an aesthetic eye. He dropped out of Institute of Chemical Technology, Mumbai to pursue his passion for photography. This was at a time when it was only labeled as a hobby or a talent to exhibit on family occasions. But now, we are living in a time where visuals have taken over texts completely and brands are built through Instagram feed and not by philosophy.

He says as he drives his Volvo XC60 that even though he took the road less travelled, it just gave him the right cruise control that he needed. Be it being behind the wheel or the lense.

Also Read: 7 Road Trip Essentials Your Journey Will Be Incomplete Without We guess he found his true calling then and he clearly stopped at nothing. In no time, he moved from photographs to motion pictures by producing the award –winning film, Neerja. While it is great to talk about Atul’s achievements it wouldn’t have been possible if he didn’t know what is that one thing that drives him?

We couldn’t agree with him more when he says, “So, go ahead and find that very thing that drives you. And before you knowing it, you too will be looking at your finest moments. What’s stopping you? Pack, start and go.” Be wise in choosing the right vehicle as for what you drive also defines what drives you. Scroll up and watch the Volvo XC60 video that made Atul Kasbekar talk about his journey in life and share your thoughts in comments below.