Beer Popsicle! Because Chugging Beer Is Just Too Mainstream 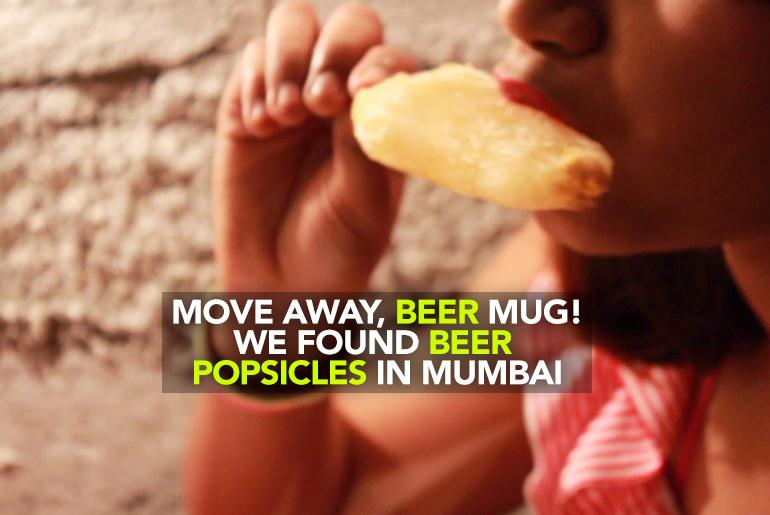 Move away beer mug! We’re going to get drunk with Beer popsicles at The White Owl. This frozen lolly is the best way and a definitely more fun way to have beer!

The White Owl’s beer popsicle is quite an innovation on its own. We always end up asking for some chilled beer, right? Well, The White Owl is the only place where you can head to and ask for ‘frozen beer’ because they serve lollies made by freezing Ace beer with some apple juice reduction and green apple pieces. The beer popsicle (Rs.195) is served along with some butter cookie crumbs in a White Owl beer jar. As you slurp on this alcoholic popsicle, take in the good vibe and enjoy the brain-freeze.

Also Read: 10 Indian Beers You Should Know Of (That You Didn’t Know Existed!)

The White Owl in the One Indiabulls Center in Lower Parel is a bubbly brewery and bistro that serves some brilliant craft beer and delicious European cuisine. The steam-punkish yet rustic decor is quite a charm and we did like the ambience quite a bit. Perfect for some after-work shenanigans, this place is a great amalgamation of nightlife, occasional live music and live sports screening.’

Also Read: Behold Beer-Lovers! These 6 Breweries In Bengaluru Are The Best Ever

For the ‘chakna’ here, along with our beer popsicle; we enjoyed the Classic Mumbai Chaat (₹245) & Vada Pav Poppers (₹295) at The White Owl. The food and presentation, both are quite a win-win here! There craft beers are delight: