Bunny Chow Is An Indian…
After Mango Maggi, Pastry Maggi…
This Hyderabad Woman Is Selling…
After Kulhad Pizza, Kulhad Dosa…

Bunny Chow Is An Indian Dish That Originated In South Africa 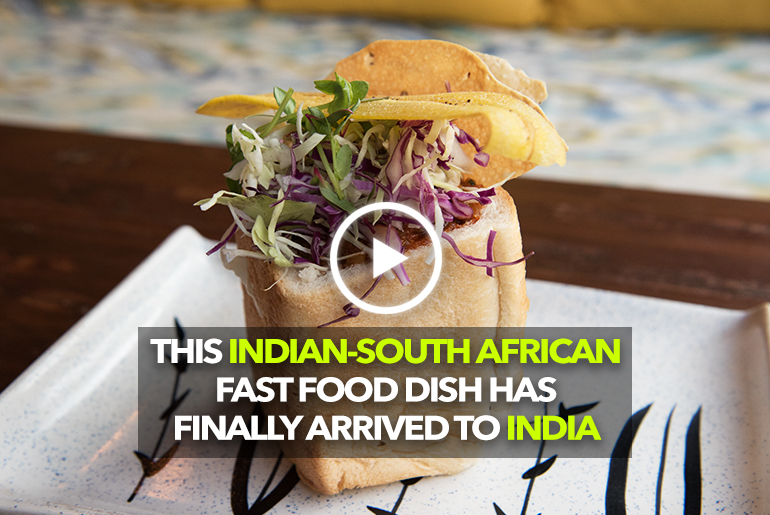 Bunny Chow is an Indian dish that originated in Durban, South Africa and has just recently come to India.

Bunny Chow is an Indian – South African dish that originated in Durban, South Africa. It has finally come to India with a few quirky twists to it. It is so popular that the Durban – Bunny Chow got recognition on BBC.

South Africa also has the largest Indian community apart from India itself. Bunny Chow in South Africa was introduced by the immigrants from India who were slaves in South Africa. Convenient to carry as lunch to the field, traditional roti was replaced with a loaf of bread. Quite a different way of preparing the dish at this eatery. The bread here is stuffed with a curry that has mustard seeds, curry leaves. This South Indian Bunny Chow is topped with a big banana chips & some slaw. Putting a vegetarian twist to the Bunny Chow comes this eatery. Here’s a vegetarian version of the
Durban dish that is topped with cheese. The hollow bread is stuffed with veg curry filled with onions and veggies.

Also read: The Bhookha Beirdo Loves Your Beard & Gives A Discount Based On The Growth Of Your Facial Hair