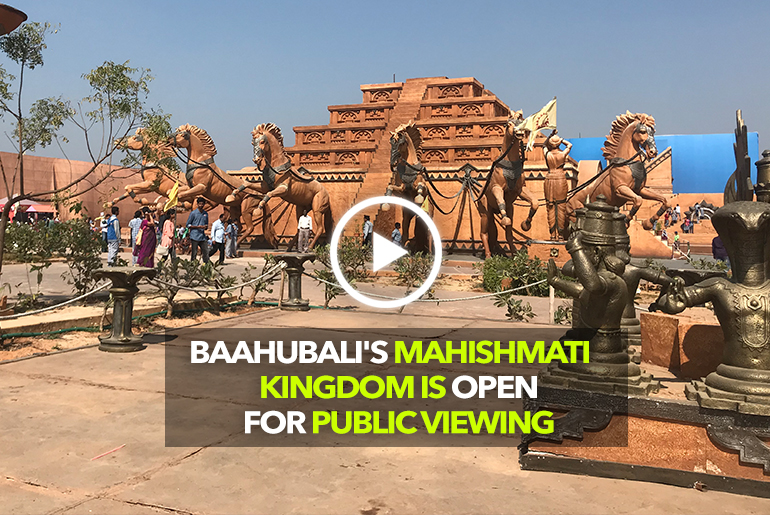 Rejoice all Baahubali fans! There’s a real time Baahubali set at Ramoji Film City made up and now you can visit it too!

The Baahubali set was a whopping 100 acre. But do you ever wonder what happened to the Mahishmathi Kingdom after the movies were over? Well, they have re-created the set at the Ramoji Film City. Yes, the entire set can be visited in Hyderabad now. It has been opened for tourists and people are raging over it!

Currently many film lovers, cinema students and even the general public are marveling at the giant set.

Also read: Head Over To Hyderabad’s Castle Themed Resort For An Amazing Weekend The Baahubali set was created by the award winning artist – Sabu Cyril. Over 1500 sketches were created in order to give this set a live form and now it stands tall at Ramoji Film City.

A few shots from the Baahubali movies were shot at the film city, so the makers have been extremely cordial with the folks at Ramoji. They were delighted to keep the sets of Baahubali at the film city so that the fans feel closer to their favourite movie.