Covid 19: Dubai-Based Indian Couple…
I Visited Sikkim During The…
Fully Vaccinated Indians Will Not…
4 Epic Experiences In Bengaluru…

Most of are sitting in the comfort of our homes and cribbing about not being able to step out, right? If you thought your life was terrible, feel better reading what happened to Ria and Rohan. The couple went on a honeymoon to Maldives and were stuck inside their resort in South Male Atoll. What had to be a week’s holiday has now turned into an indefinite nightmare!

However, the newly-weds told Gulf News that they arrived in a business charter from Mumbai along with 12 others on June 25, after staying away from home for 105 days.  On 11 June, the couple took a direct flight to Mumbai, completed a 14-day quarantine and finally took a business charter to fly back to the UAE.

The journey from Maldives to the UAE was certainly not easy. From Maldives the couple reached Mumbai. Once they reached Mumbai they learnt that business charters from the UAE were bringing back Indians to the UAE. However, they knew they could not do it alone as the cost would be way too much. The couple then started a social media group and in no time around 200 people, joined in. The couple spent AED 10,500 per head to head back to the UAE. Certainly, that was a very costly honeymoon!

For those of you who aren’t aware of Ria and Rohan’s story, read on!

After a not-so-great first honeymoon, Dubai-based Ria and Rohan Bhatia decided to plan a second honeymoon. The childhood sweethearts got married in December last year. Unfortunately, the couple had to cut short their honeymoon due an emergency in the family. Three months later, Ria and Rohan planned yet another honeymoon to Maldives, longing to ‘get lost in paradise’. Little did they know they were truly going to be lost in paradise.

The couple jetted off to Maldives on 13 March and were stuck in the island ever since, thanks to Covid- 19. Ria and Rohan checked into a resort located on the tip of South Male Atoll. Thankfully, Maldives reported very few cases of Covid 19 (19 so far, with 13 recoveries). While everyone told them how lucky they are to be on an ‘indefinite’ honeymoon, Ria admitted the honeymoon was a long overdue and they were waiting to return home. 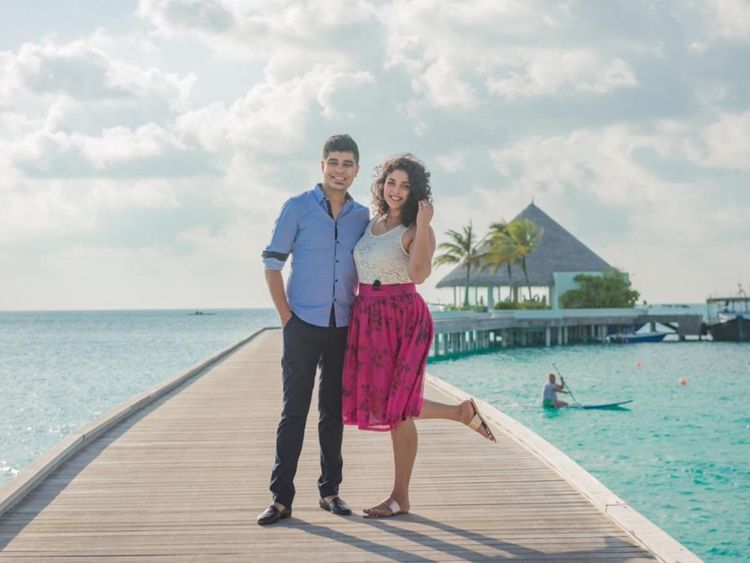 The couple were scheduled to fly back to Dubai on 20 March, a day after the flight suspensions were announced. By the time they acted to the situation, there were no flights after noon on 19 March. So, advancing their return journey seemed pretty far-fetched.

How Are They Dealing With This?

The resort had suspended all leisure activities, as part of their precautionary measures. Ria and Rohan had their share of fun with water sports and lazing in pristine beaches and were left with very less to keep them engaged. The couple longed to be back home amidst family.

“It’s safe to say we’re done with the beaches. We exhausted the water sport options well before the restrictions came into place,” said Ria

Another big worry when one is stuck on an island in a scenario like this, is the job. With no laptop for almost a month now, Rohan was not able to do much on the work front. He did not carry his laptop as he was going on a holiday and there is very less he can do to help the situation. Thankfully, his employer was very supportive of the situation and that was a big saving grace in tough times like these.

The couple had an option to fly out to their home countries when UAE suspended flights, but that would mean they went separate ways. Rohan holds an Indian passport while Ria is a Canadian passport holder. They are both settled in the UAE along with their families. Their families were extremely worried and are anxiously waiting for them to return. 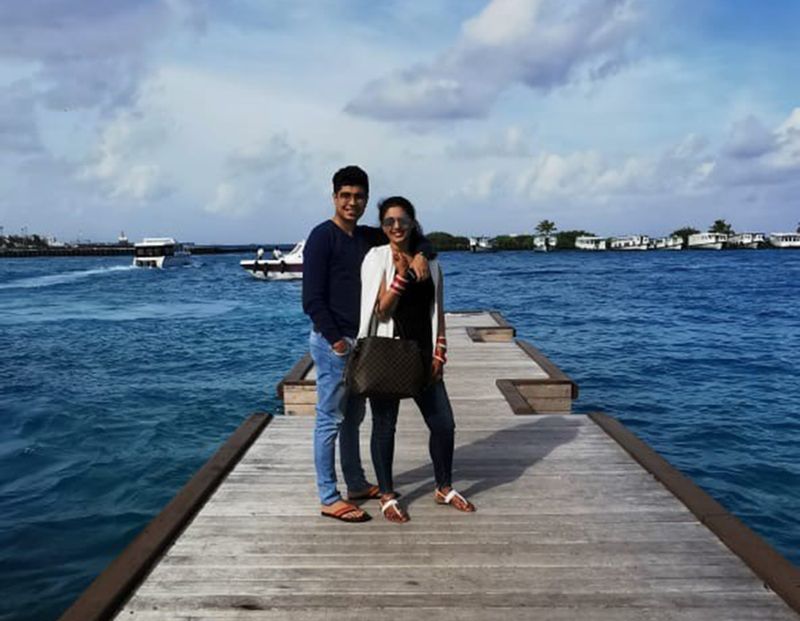 Ria and Rohan added that there were many other honeymooners stranded in the Maldives. Thankfully, the couple are now back in Dubai after 105 days in Maldives.

Also Read: Couple Gets Stranded In Maldives On An Unending Honeymoon, Thanks To COVID-19