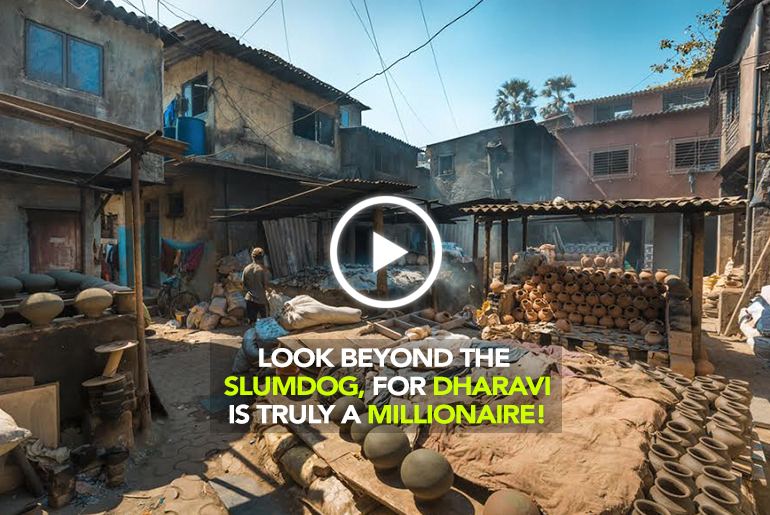 Many know Dharavi as the biggest slum region, but it is also Asia’s largest small scale industry.

From all the movies, Dharavi only comes out as the slum capital of Mumbai city, but did you know that Dharavi is capable of gathering a turnover of USD 1 billion per year?

With a population of nearly 20 million, 60% people live in the slums of Mumbai. Tours of the Mumbai slums are not new, but they show a very negative image of the people staying there. The fact that the slums are dirty and crime-infested but majority of the slum dwellers go about their lives normally each day. Products from Dharavi are exported to the US, Europe & the Middle East. The 550 acres of land is home to unorganized sectors like leather, garments & pottery. Dharavi’s leather industry is the second largest leather production in India!

It might be possible that the designer handbag & leather jacket you saw in the mall probably came from Dharavi. Along with that, the garment industry is so big that the jeans here could rival some of the bigger fashion brands. Pottery Industry in Dharavi is also known as Kumbharwada or ‘potters paradise’.