Dhiraj Vada Pav In Mumbai
This Kolkata Eatery Is Serving…
After Mango Maggi, Pastry Maggi…
This Hyderabad Woman Is Selling… 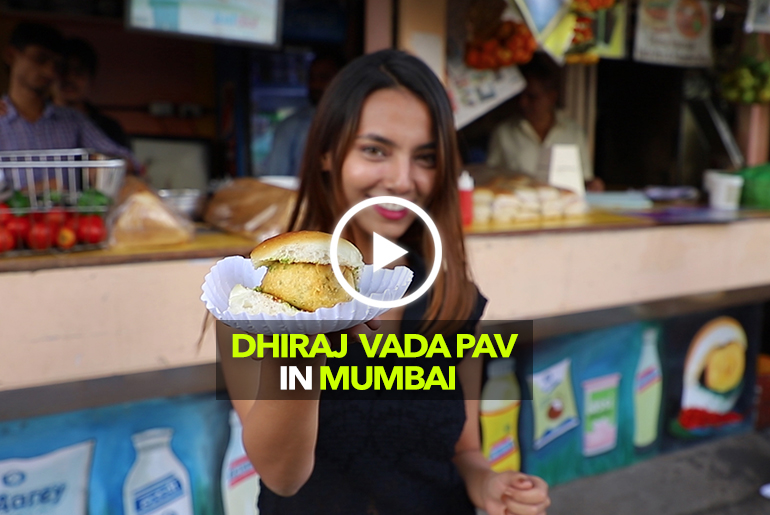 Dhiraj Vada Pav near Mithibai college has been serving Vada Pavs since 20 years!

Dhiraj Vada Pav, opposite NM College started off 20 years back when he used to sell vada pav for only ₹2! He was popular among the college crowd and youngsters in the area because of his simple yet tasty vada pavs. In today’s time, Dheeraj’s vada pavs start from ₹20 and he has mixed the quirkiness of sauces, butter and chutneys to his age old recipes. The Vada Pav is prepared with mashed potatoes mixed with spices and chickpea flour. This then rolled into a ball and deep fried. The deep fried ball is stuffed inside a pav, lathered with chutneys, sauces and lots of butter. Hasn’t this already made your mouth water?

We loved the Butter Vada Pav out there (₹20) and as the name says, it was lathered with butter. Now how can we say no to this? The next one that we totally recommend is the Schezwan Vada Pav (₹50). If you’re looking for a bit of spice in your life, this one is sure to make your taste buds jump with the spice.