New Lucky, The Weirdest Graveyard…
Bangalore Airport To Get India’s…
Move Over Wheat Flour, Karnataka’s…
This Award-Winning Mumbai Restaurant Is… 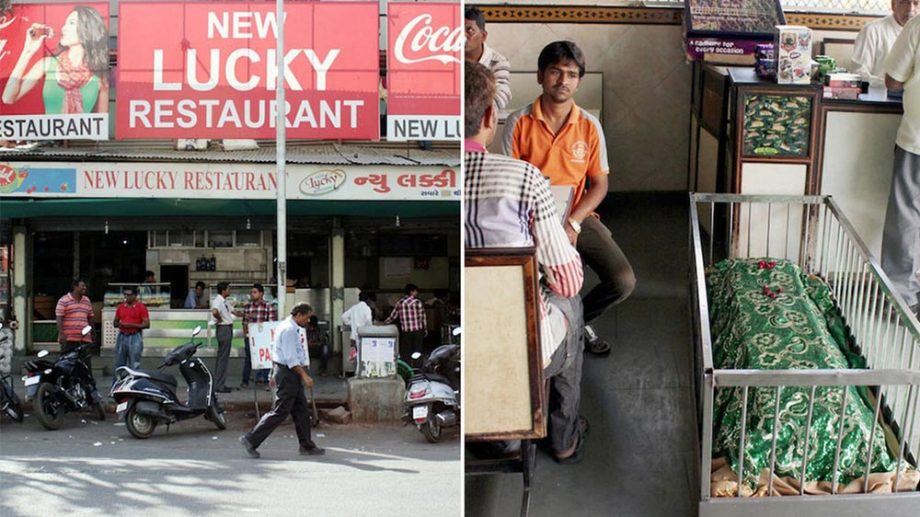 Rated as one of the weirdest restaurants in the world, New Lucky restaurant in Ahmedabad graveyard restaurant is built around coffins and graves.

New Lucky at Lal Darwaja is probably the weirdest restaurant you’ve ever heard of. Before starting out 50 years ago, it used to be a graveyard where a Sufi saint and his relatives were buried. The owner Krishnan Kutti chose not to disturb the coffins and build a seating arrangement along with tables around them. He believes that dining in the presence of these graves has actually worked out better for their business. Also read: Immerse Yourself In Nature & Luxury In Woods At Sasan, Gujarat

There might be over a dozen graves inside the restaurant, but that doesn’t stop the customers from coming in and enjoying a cup of chai. The graves are cleared from above and decorated with fresh flowers every morning by the restaurant staff. The buttery bun maska along with a steaming cup of chai are famous at New Lucky.

Also read: Seva Cafe In Ahemdabad Is Where Your Bill Is Paid By The Customer Before You This restaurant also serves South Indian delights but they also have a good range of North Indian vegetarian items along with sandwiches and beverages. The bun maska and chai here are to die for. Well, not literally. Not atleast at this Graveyard restaurant.