The Indian Railways plan to build the country’s first vertical lift bridge that will connect Rameshwaram in Tamil Nadu to mainland India.

The bridge will be 2 km long which will replace the 104-year old British era Pamban Bridge that currently connects Rameshwaram in Tamil Nadu to the mainland. Touted to be India’s first vertical lift bridge, the bridge is being planned at Rs. 250 crores that will be completed in four years. 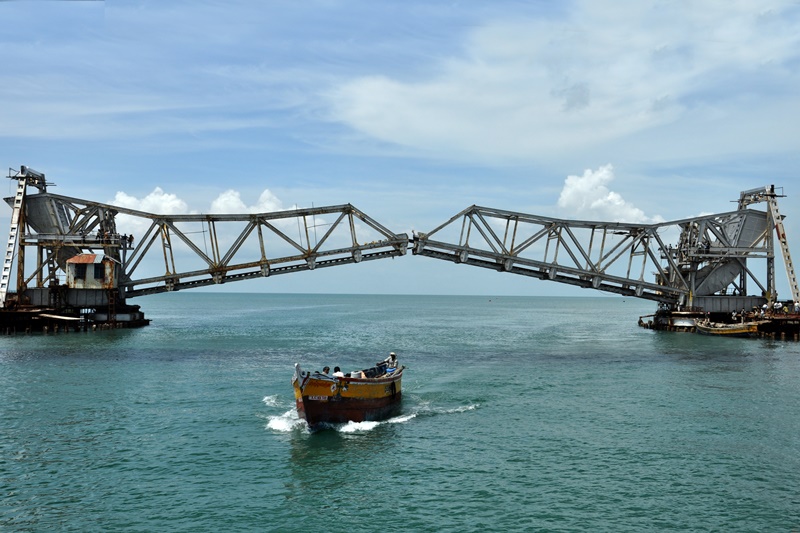 The bridge will have 63-metre stretch, which will lift up parallelly allowing ships to pass through. It will comprise 100 spans of 18.3m and one navigational span of 63m and will be three-meter higher than the existing one. The Pamban bridge uses ‘Scherzer’ rolling lift technology in which the bridge opens up horizontally, whereas, in the new bridge, a 63m section will lift vertically upwards remaining parallel to the deck. It will be done using sensors at each end. Kamiya Jani visited Rameswaram and here’s her experience.

To let the ships and vessels pass easily, it will have an air clearance of 22m. The new bridge will be integrated with electromechanical controlled systems on board as compared to the current one which runs on manual operations.

Air India Express Flights To And From Dubai...

From Pink Hummus To Chocolate Hummus:...

Deira City Centre’s Gets A New...