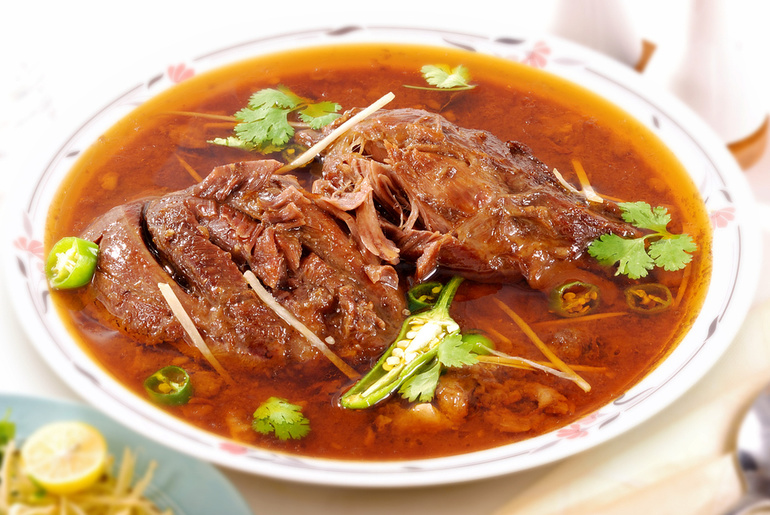 Nihari is the elixir dish served in Sufia in Kolkata’s Zakaria Street to make up for a warm healthy breakfast.

Beef Nihari is a dish served in Sufia on the famous Zakaria Street Nihari in Kolkata and is an apt dish for the chilly winter mornings. A very popular delicacy amongst the locals there and always in demand during the winters, it is made of 32 spices and herbs that are mixed together to get the perfect signature flavour and texture.

The aroma of this winter dish is so good that people crowd around the restaurant early in the morning to get the taste of it. The preparation of this dish starts as early as 5 am in the morning and the paaya is stirred and simmered for six hours to get the rich stock. Sufia only serves Beef Nihari and despite it being so heavy, the herbs balances out the texture, making it lighter to digest. The green cardamom is for the flavour and the black cardamom is added to cut through the heat that releases in it. Although, you’ll never know what really goes into the making of this perfect cuisine as the family has kept the secret ingredient intact that has been passed on since generations.

If you’re not a morning person and it’s difficult to leave the comfort of your bed, worry not as they have a solution to everything. You can give them empty containers the previous night and go collect it later in the morning.