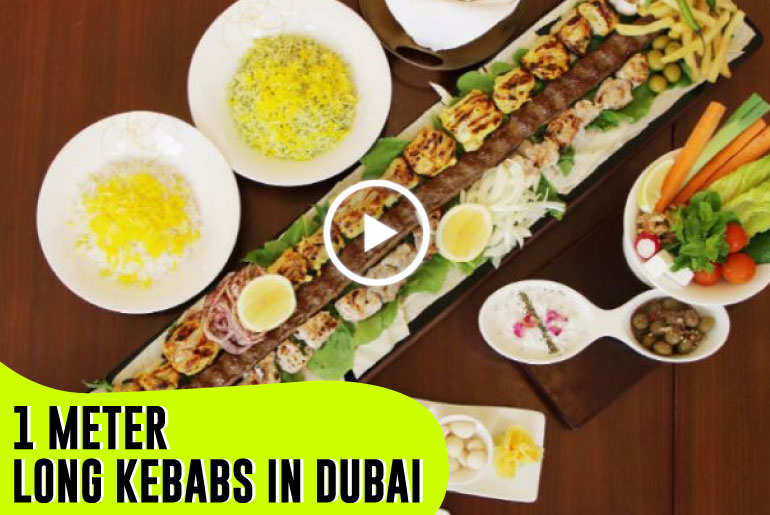 Can’t get enough of kebabs? Shayan introduces a ‘Meter Long Kebab’ which are truly impressive!

Shayan at Swiss Hotel is known for taking your taste buds on a culinary trip to Iran and has introduced meter long kebabs. Succulent meat marinated with spices and skewer-grilled in hearths or ovens, the ‘Kebab’ has tantalized the taste buds of food lovers for centuries. Originally invented in Turkey and later spreading into Middle Eastern and South Asian cuisine, ‘Kebab’ is now a favourite dish of people all over the world. The history of kebab indicates that Persian soldiers during the Medieval Age ‘skewered’ pieces of raw meat onto their swords to grill them over fires started in war fields. The meter long variants of ‘Kebabs’ at Shayan are an experience like never before. Meat lovers can try the Persian inspired Mutton, Chicken and Veal Kebabs which is meaty, subtle and absolutely juicy. The meter long kebabs at Shayan are served on bread, placed on a huge plank, served alongside yoghurt and coriander-mint chutney with shredded iceberg lettuce, carrots, olives, fries, grilled tomatoes and lemon wedges. It also includes a portion of saffron rice, Herb Rice and a bread basket.  Come relish on these delicious Meter Long Kebab are priced at AED 365