Pope Francis is visiting the UAE for the first time ever & here’s everything you need to know about his itinerary.

The Vatican has released the official itinerary of Pope Francis’ visit to the UAE & the pontiff will hold a public Mass on 5th February at Zayed Sports City. The landmark mass is expected to draw hundreds of thousands of Catholics in the GCC during his first visit.

The Pope has confirmed a 3-day visit & upon arrival on February 3, he will be greeted by His Highness Shaikh Mohammad Bin Zayed Al Nahyan, Crown Prince of Abu Dhabi and Deputy Supreme Commander of the UAE’s Armed Forces, along with key UAE dignitaries at the Abu Dhabi Presidential airport. 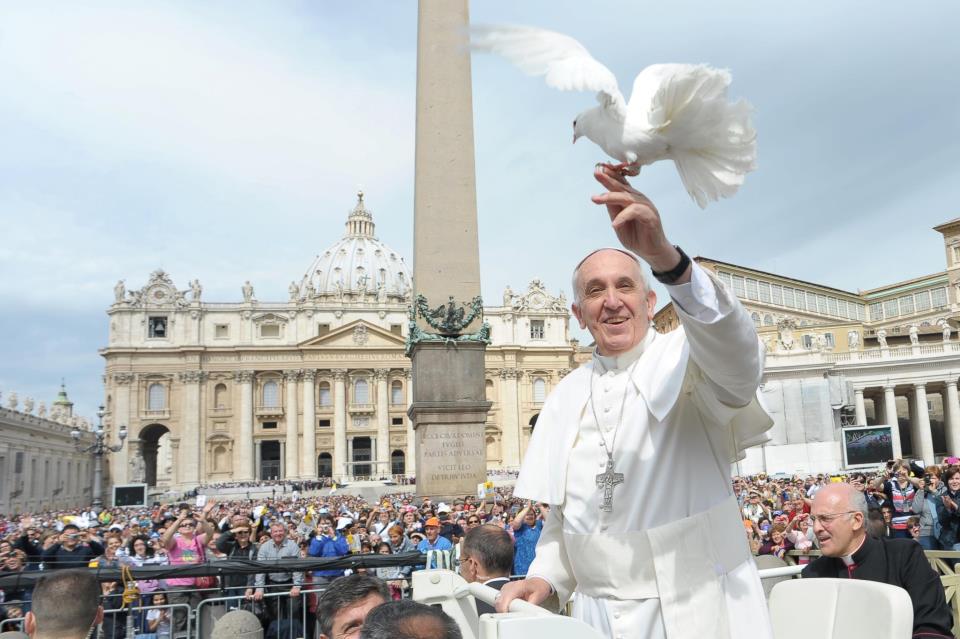 Abu Dhabi
12 pm – Welcome ceremony at the main entrance of the Presidential Palace
12.20pm – Official visit to the Crown Prince in the Presidential Palace
5 pm – Private meeting with the members of The Muslim Council of Elders in the Grand Mosque of Sheik Zayed.
6.10pm – Interreligious meeting in the Founder’s Memorial
The discourse of the Holy Father

Abu Dhabi to Rome
9.15 am – Visit in Private to the Cathedral
10.30 am – Santa Messa in Zayed Sports City – Homily of the Holy Father
12.40 pm – Farewell ceremony at the Abu Dhabi Presidential Airport
1 pm – Departure by plane to Rome
5 pm – Arrival at the Rome / Ciampino International Airport

On February 4, Pope Francis will visit the Shaikh Zayed Grand Mosque to hold a private meeting with the Muslim Council of Elders. Bishop Paul Hinder, Apostolic Vicar of Southern Arabia (UAE, Oman and Yemen), said, “Pope Francis is convinced that every human being who stands honestly before God, no matter to whichever religion he or she belongs, and allows himself or herself to be led by God will work to create an atmosphere where human beings can live together and mutually accept each other.”

“The late Shaikh Zayed is known to have instilled the virtue of human coexistence in the people of the UAE and it is a happy coincidence that this historic meeting takes place at the Grand Mosque named after Shaikh Zayed whose policies have shaped the UAE into a country where the values of tolerance and coexistence are upheld so that all can live together in peace and harmony.”

Nearly a million Catholics live and work in the UAE and have the freedom to practice their faith alongside other religions.

Financial Advisor Turns Into A Restaurateur To Survive...

10 Tips To Save Money In Dubai

This Is Probably Dubai’s Most Favourite Street Food!

Get Your Food Served By A Robot Waitress!

10 Things You Will ONLY Relate To When...