Ever lost something in a taxi and then got it back? If you have, then you sure know what that feels like! Well, this time around, Dubai proved humanity still exists and how! Raechel Rose, a law student from the UK was in Dubai on a holiday. However, little did she know that she would encounter an incident that she would remember for life. During one of her cab trips in the city, Rose forgot her wallet in the car. A Pakistani cab driver in Dubai turned a saviour, when he came back all the way to return her wallet. Heartwarming, isn’t it? 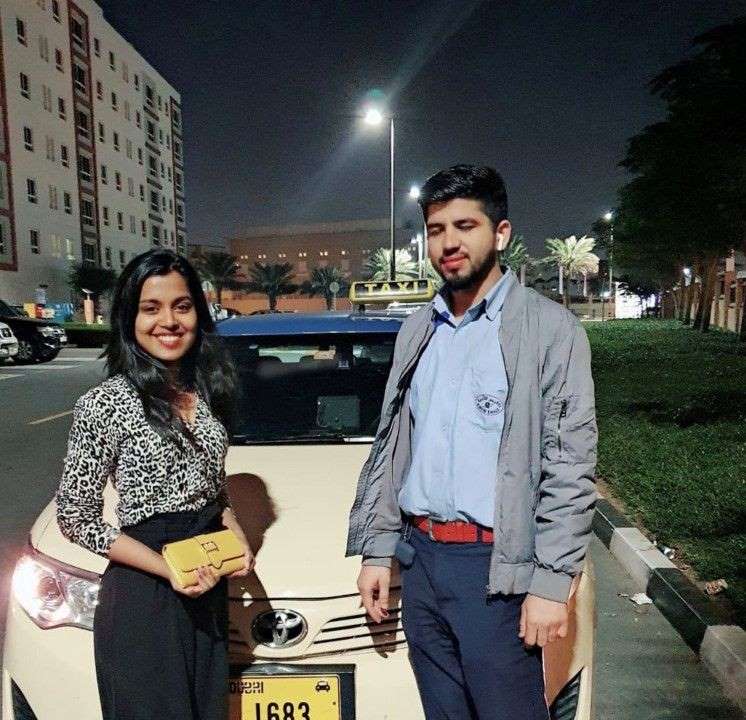 Raechel Rose, a corporate law student studying at Lancaster University UK, was in Dubai for a holiday. On 4 January, Rose was on her way to attend a friend’s birthday party. However, the trip created a state of panic as she lost her waller in Khadim’s cab late evening.

“She had got into his taxi with another friend near Burjuman around 7.30pm on January 4. Just then, they saw their other friends in another car and decided to join them. They immediately left the taxi and Rose didn’t realise that she left her wallet behind,” her mother, Sindhu Biju, said.

The wallet contained important documents including Rose’s UK student visa, Emirates ID, UAE driving licence, health insurance card, credit card and more than AED 1,000 in different currencies. She was traveling back to the UK after her winter break, in three days and the situation was extremely tensed. Rose did not have a copy of the visa and when she called the university, she was asked to re-apply for the visa.

Dubai police tried to trace the car with the helps of CCTV footages, but the car’s number plate was not visible. And, since she hadn’t started the journey, the driver did not turn on the meter, so it was difficult to trace through the RTA call centre.

But luck had it and Khadim tried to reach out to his passenger through the RTA call centre. However it was against rules to provide passenger information. Finally, RTA reached out to the driver after they verified the details. Khadim was then given Rose’s number and went to her house to drop her belongings.

Rose’s family was delighted and offered AED 600 to Khadim who refused to take it.“I refused to take it saying she is like my younger sister. But he insisted that I should take it,” said Khadim, the only brother of four sisters back home. The Indian family from Kerala also wrote a letter to RTA appreciating Khadim.