Quattro Ristorante’s ‘Candle Dessert’ Will…
After Kulhad Pizza, Kulhad Dosa…
This Hidden Gem In Chandni…
Not Europe, The Dreamy Location…

Quattro Ristorante’s ‘Candle Dessert’ Will Simply Melt In Your Mouth 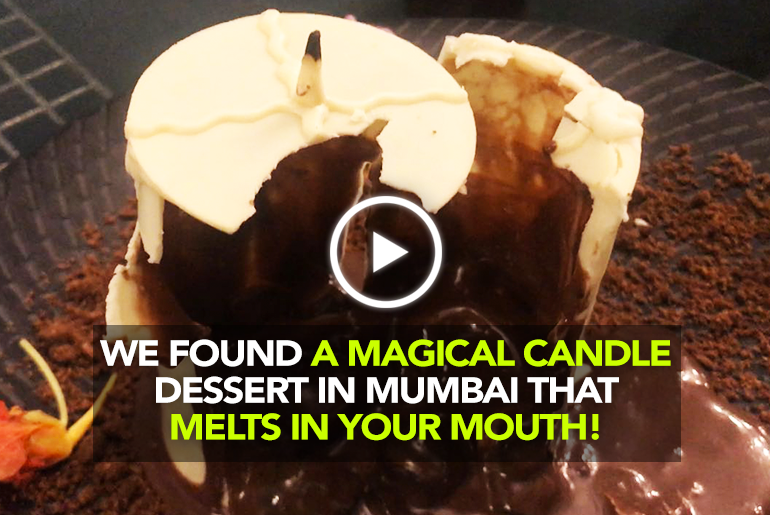 Quattro Ristorante in Lower Parel has a new ‘candle dessert’ for all the chocolate lovers out there and it will simply melt in your mouth.

A Magical Candle dessert at Quattro Ristorante is a treat you can’t afford to miss! The new craze in town is this candle dessert that is made up of various types of chocolate. Being a white chocolate candle on the outside, it is filled with chocolate mousse, chocolate chunks and molten chocolate on the inside. Not just that, it is served with an edible flower at only ₹345.

Quattro Ristorante is famous for its amalgamation of great food along with fantastic cocktails. They have a range of salads, soups, appetizers, pizzas, pastas, rice and food coming from Italian and Mexican origins. Among the desserts, you can try out the Chocolate Overload, Chocolate Dunkers and Chocolate Ganache Torte.

Also read: Do You Have What It Takes To Eat This 7-Inch Burger In Lower Parel?