There’s one state in India that’s known for its happy, positive, lively vibe and lots of warmth. Yes, we are talking about Punjab. A state which has the iconic ‘Sarson ke khet’, decades old monuments with rich history, India’s most famous religious spots, bhangra, lassi, buttery butter chicken and the most exciting and fun punjabi rituals. So what if we can’t go on a road trip to Punjab right now, we can definitely travel virtually and roam around its top 10 cities. Let’s get this started!

They say ‘When in Punjab, do as the Punjabis do’. Let’s begin with the city of patriotism and spirituality, Amritsar. A city which is a home to Golden Temple, a place where every Sikh’s pride lies. Golden Temple or Sri Harmandir Sahib is the holiest and most celebrated place of Amritsar where thousands of devotees from different states and even countries visit every day. Near Golden Temple, there is city’s oldest and iconic dhaba called Bharawan Da Dhaba. Once you’re done taking blessings at Golden Temple, this is where you should head to for a fiesty punjabi meal. Amritsar also has many other places to explore like Jallianwala Bagh, Sri Durgiana Mandir, markets and also some well-known punjabi restaurants which are a paradise for a foodie like us. You can also go to Wagah Border from here to witness the daily military practice session. On that note, Spend Your Long Weekend With Bae At Amritsar’s Windsong Bed & Breakfast

Now let’s move towards Punjab’s capital, Chandigarh which is also called ‘City Beautiful’. It’s one of the cleanest cities of the country where you get flavours of everything between modernity and antiquity This city is known for its famous and beautiful tourist spots like Rock Garden, Sukhna Lake, Zakir Hussain Rose Garden, Pinjore Garden, and many more. All these places will let you have a fun time with your family and friends. Talking about some shopping, the Sector 22 market here will remind you of Delhi’s Karol Bagh market which is known for its ethnic wear shops, restaurants, lounges and street food. Also, Chandigarh Will Soon Get North India’s First Dog Park 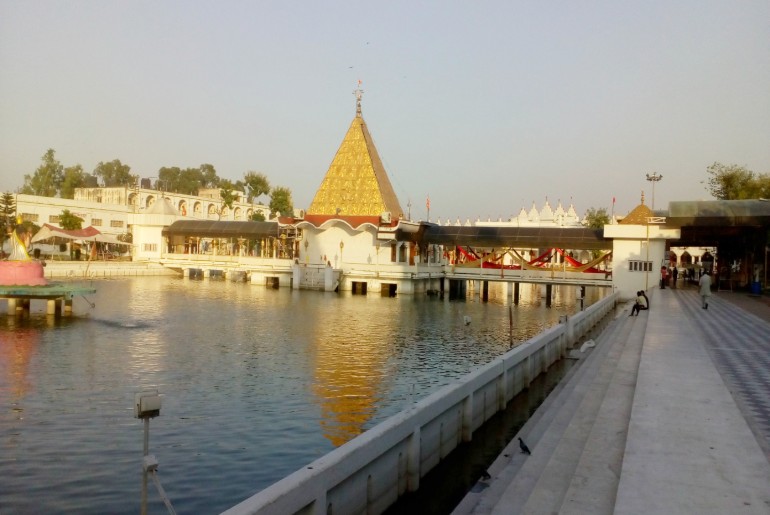 The next city on our list is Jalandhar which purely flaunts the culture of Punjab. When we are exploring Punjab, there’s no way that we miss Jalandhar. Known for its religious spots, this city is not only famous and most visited by Sikh community alone but also Hindus and Muslims. There are many big sports complexes too where sportspersons get training to participate in different tournaments. For street shopping also, there are many famous markets. And talking about the top tourist destinations, there are many like Imam Nasir Masjid, Devi Talab Mandir, Rangla Punjab Haveli, Wonderland Theme Park, Science City and Tulsi Mandir.

There’s another important city of Punjab called ‘Ludhiana’. If you want to see the lifestyle of Punjabi locals and the rural life, then this is where you should go. Ludhiana has many famous monuments, wildlife and other interesting places which will connect you with Punjab even more. Some places include Lodhi Fort, Phillaur Fort, amusement park called Hardy’s World and Museum of Rural Life. Ludhiana also accounts for 90% of the country’s woollen hosiery industry which also meets demands of various foreign countries. And if we talk about punjabi food, then Ludhiana’s lassi, butter chicken and street food is so tasty that you won’t stop but lick your fingers. 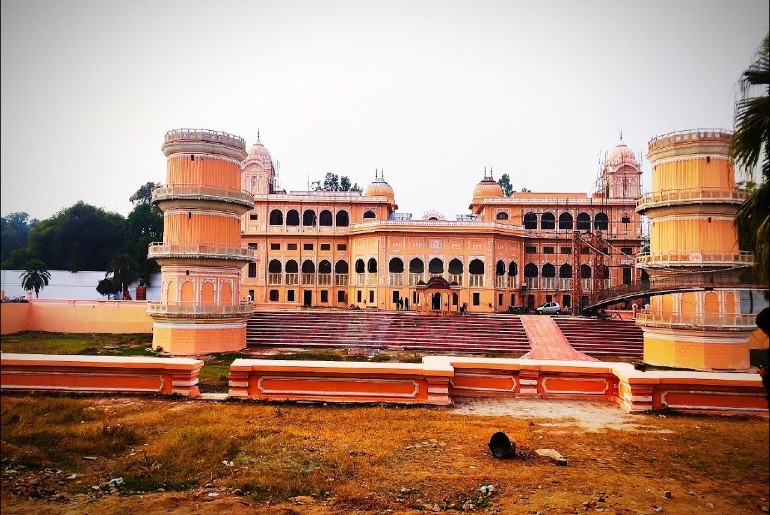 Our next stop is one of the beautiful cities of Punjab, Patiala. Here what will catch your attention is the architectural styles of monuments which are designed in Mughal, Rajput and of course Punjab style. This city has many things to offer like Patiala is famous for the generous Patiala peg of whiskey, phulkari, traditional salwar suits, pagdi and paranda. Patiala juttis and its vast variety are so famous in India that one gets at least one or two pair of juttis while visiting the city. Some of the places that you can visit in Patiala are its number of markets, Moti Bagh Palace, Kali Mata Mandir, Bahadurgarh Fort and Sheesh Mahal Palace. Check out 6 Authentic Punjabi Dishes You Can&#8217;t Miss At Dhaba 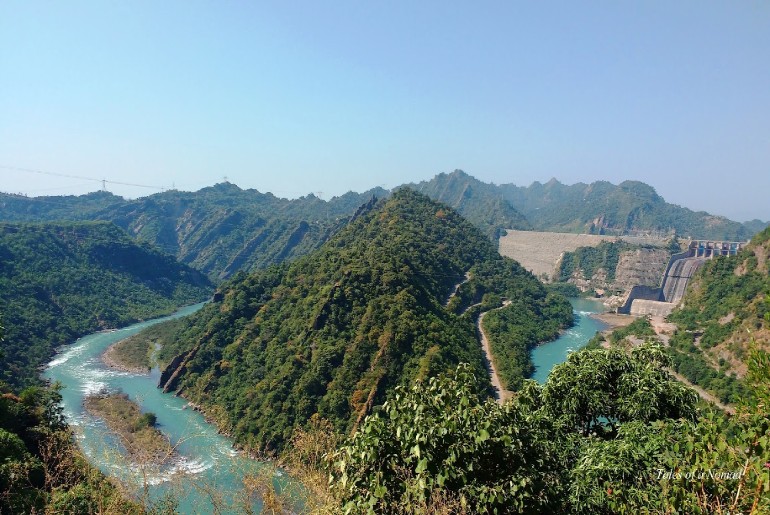 Image credits: Tales of a Nomad

Pathankot is the most visited city in Punjab. The speciality of Pathankot is that it shares borders with Himachal Pradesh and Jammu & Kashmir. The best time to visit Pathankot is probably monsoons as at this time you can also go forward and explore Dalhousie and Dharamshala as well. This city is known for its lush green landscapes and history of many famous forts. Pathankot also has its own railway station which is connected to most of the railway stations in India which makes it convenient for travellers. And while you’re here, you should not miss visiting Mukteshwar Temple, Nurpur Fort, Shahpurkandi Fort and Ranjit Sagar Dam. 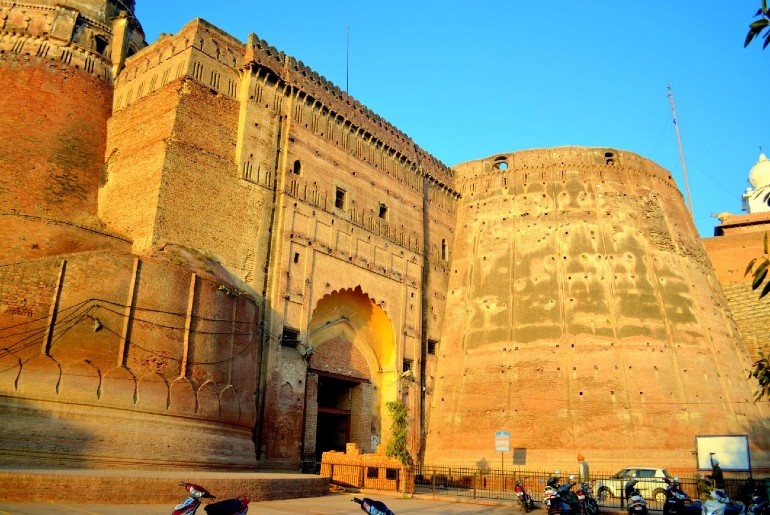 Remember Geet, the Sikhni from Bhatinda? Yes, next one is the city of lakes, Bhatinda. It has many places that make it a historically rich city of Punjab. And therefore, it’s a shoutout to all the history lovers. Bhatinda has many oldest surviving forts which have their own unique tales to tell. This city also marks the decades old war led by the legendary rulers who ruled here at some point of time. It offers many places to explore like Qila Mubarak, Rose Garden, Jogger’s Park, Bhatinda Lake and Sri Damdama Sahib, to name a few. 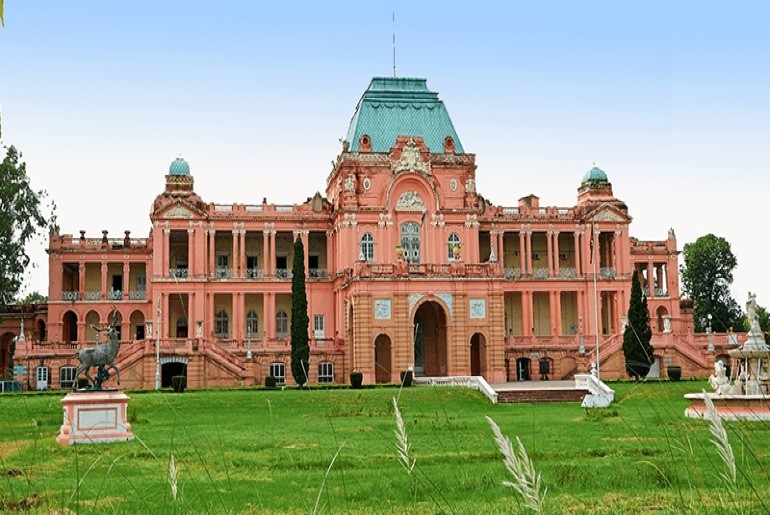 Image credits: Tales of a Nomad

Have you heard about the ‘Paris of Punjab‘ yet? We’re talking about Kapurthala and it’s called so due to its intriguing architectural scenario. Most of the famous landmarks in Kapurthala are designed in French and Indo-saracenic style. This is the main highlight if this city. Among Punjab’s other culturally dominated cities, Kapurthala is nothing less than a treasure. So if you also like uniquely designed forts and palaces, then you must explore to Kapurthala on your next trip to Punjab. Some famous tourist spots in the city include Jagatjit Palace, Moorish Mosque, Shalimar Gardens, Kanjli Wetland and Indo-French designed Elysee Palace which is now converted into a School. 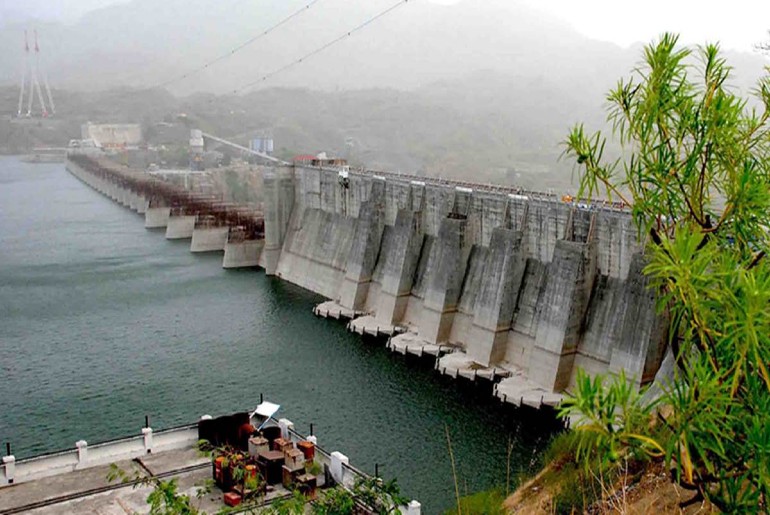 The next Punjab city on our list is Ropar which is also popularly known as Roopnagar. This is one of the oldest towns in Punjab as it’s been here since Harappan civilization. It adds to its historical value. Roopnagar also has an offbeat place called ‘Nangal’. It’s a perfect place for a one-day getaway from Chandigarh where you can also go to Bhakra Nangal Dam and enjoy a fun day with your family while laying your eyes on the beautiful Shivalik Hills from this point. Ropar has many other places to explore as well like the famous Anandpur Sahib, Ropar Wetland and Jateshwar Mahadev Temple.

Also read: 10 Indian Cities Among 15 Hottest Places In The World 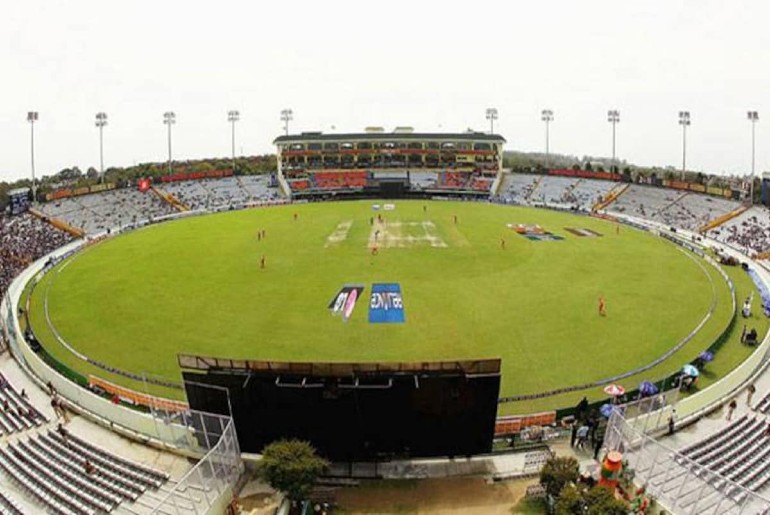 At last, it’s time to go to Mohali. If you’re a cricket fan, then you must’ve known that Mohali has the best cricket stadium of India. Mohali is a place which also has many big other sports stadiums as well. You can also find Asia’s largest Rose Garden here. This garden has almost 16,000 different varieties of roses and 17,000 types of plants which make it a hot favorite of everyone. Along with this, you can also visit Fatehpur Burj and Thunder Zone Amusement Park. In case, you feel like going to a mini-vacation from Mohali, you can go to Morni Hills which is just 1.5 hours away from here.

Well, that was our virtual tour of Punjab. Not only bhangra, lassi, Golden Temple and butter chicken, Punjab indeed has lots more to offer make it a place where every traveller must visit at least once, right?