There’s A Spooky Buried Village In Sharjah You Must Visit 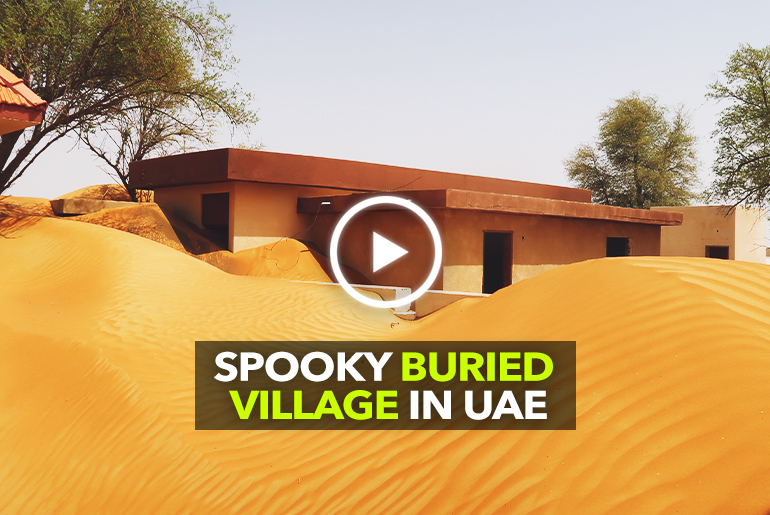 There is an abandoned village in Sharjah & it is buried in sand.

An eerie silence welcomes you. The village seems to have been lost in the sands of time & deserted for over decades. Locals tell us that it was once inhabited by the Al Kutbi Tribe. No one is precisely sure why they left or what happened. Some say it could have been the jinn or the dark supernatural forces as the Arabs believe. There’s also an abandoned mosque that sits further down. Visitors will need a 4×4 vehicle to get to the village which can be found on Google Maps.

Also Read: The Largest Hampton Hotel Has Opened In Dubai