This Food Chain Offering Banana…
How Noida Rebranded Itself Into…
This Nature-Themed Cafe In Guwahati…
KFC Japan Buffet With Pizza,… 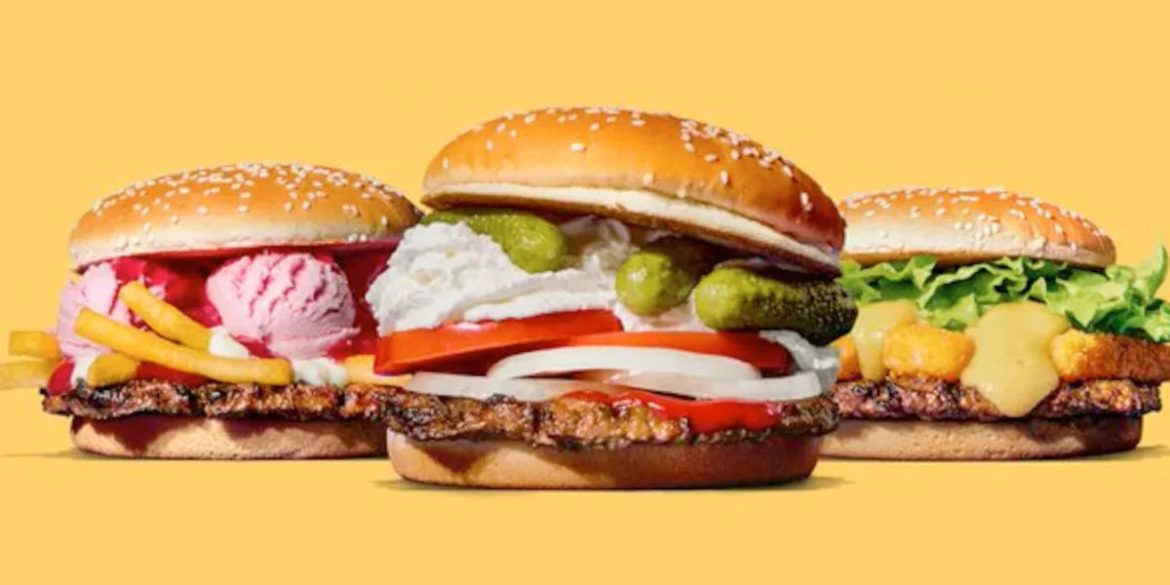 What’s the most bizarre thing you’d see in a burger? Well, Burger King will up all those bizarre food cravings up a notch. The American fast-food chain launched unusual burgers in Germany. Some of these burgers are infused with bananas and pastry cream, which has left netizens shocked beyond disbelief. Read on to know how crazy it gets.

Twitterati @MasterOtenko tweeted two pictures of the German Burger King menu. And those pictures are full of food combinations that would leave you amused, intrigued or even nauseated. The 9 interestingly-crafted burgers have abomination of a combination. From a burger stuffed switch vanilla ice cream and green olives with a beef patty, one infused with strawberry ice cream, fries, strawberry jam and patty, to yet another one served with a dollop of pastry cream and sliced bananas. It gets crazier and crazier.

I thought I was still caught in my nightmare upon awaking at 4am and entering Twitter to find this: https://t.co/Prkd73oHWZ

They Were Launched For A Special Reason