Toilet Garden In Ahmedabad Is…
Top 5 Unique Dishes You…
This Nature-Themed Cafe In Guwahati…
KFC Japan Buffet With Pizza,…

Toilet Garden In Ahmedabad Is A Toilet-Themed Cafe 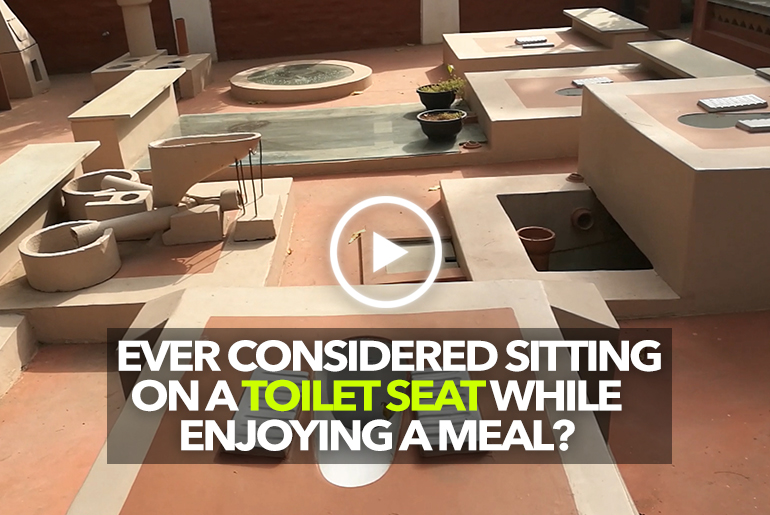 To enhance sanitation and promote clean defecation, Toilet Garden cafe in Ahmedabad is paying you ₹2 each time you use the loo.

Giving the ‘pay and use’ concept a new twist, Toilet Garden Cafe in Ahmedabad pays you ₹2 each time you’re using the loo. There might have been toilet themed cafes in the past, but this one surely beats it all. The Toilet Garden is located close to Sabarmati Ashram, where is greenery is intact and the cleanliness is preserved.

Being close to the Ashram, it follows Mahatma Gandhi’s footsteps to make sanitation a priority for India. They’ve established sanitation and toilets within the cafe to promote defecation for millennials and ministers alike. Toilet Garden has over 20 urinals and toilets that date back to the 1950s. Not just that, if you’re not into the vintage toilet seats, you could even go for the newer models that they have at the cafe. If you’re close by or you want plonk yourself in a new way, why not visit the cafe?

The Toilet Garden was started by Ishwarbhai Patel. He had dreams of a project like this since he was a teenager. While in school, his teachers would talk about the unhygienic habit that is open defecation, he became more and more determined to promote healthier ways for sanitation. He was known to be “Mr Toilet” after establishing projects for sanitation workers to change the toileting system in the country.

This led to the establishment of the Toilet Garden. Although Ishwarbhai Patel passed away in 2010, his son, Jayesh, continues to run the cafe and promote hygienic ways of defection even today.

Also read: Dine With The Dead At This 50-Year-Old Graveyard Restaurant In Ahmedabad, New Lucky