Top 10 Party Destinations In…
Mumbaikars, You Have To Now…
Abu Dhabi’s Budget Airlines Introduces…
Dubai To London Gets Another… 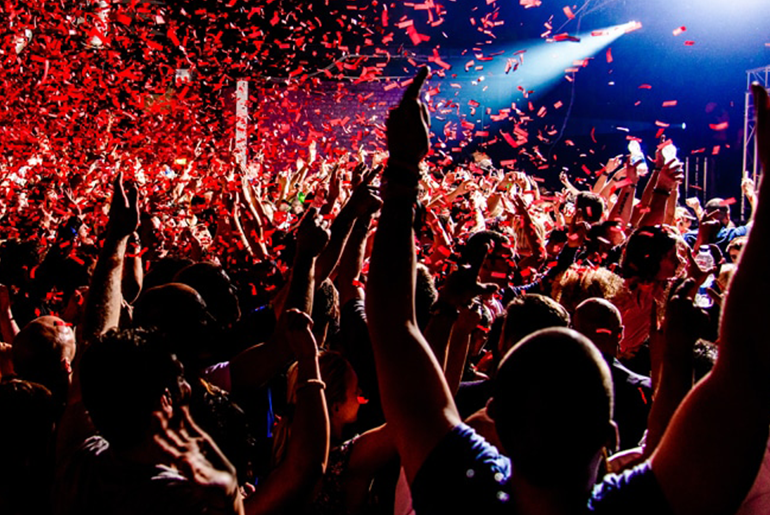 We don’t need a reason to party. But what we need are good destinations that are party-worth. We bring you a list of places from across the globe that literally have the best party scenes for your bachelor trip.

Pick a place, book your tickets and head for some crazy unwinding. Start saving already, we say!

Rio’s rhythm and energy is highly addictive. I went to spend a couple of weeks there that turned into a few months. The samba and sun is good for the soul. The people are absolutely friendly, and the ladies are stunning.

Do brush up on some Portuguese though, ’cause if you don’t speak a word of it, the girls give you no second shot. Alternatively, you can mesmerise with your dance floor skills, but not after too many Caipirinhas. I’d suggest putting the Rio Carnival on your bucket list. Personal picks: Bukowski Bar, Fosfobox, Pergula, Cervantes, Rio Scenarium, and DO NOT miss the Lapa all-night street party that goes down every Friday. Massive street lined with pubs and bands playing funky tunes, and you can grab your drinks right off carts for as less as 200 bucks for a litre of Caipirinha. If you make friends with locals, you could also get a trip to a favela party. If you like hot and grimy, those are unforgettable.

Also Read: 10 Locations In India That Look Exactly Like The Ones Abroad

Being a melting pot of various diverse cultures has a whole lot to do with the thriving Berlin nightlife. From it’s numerous pub crawls for probably the best beers in the world, to the infamous Berghain, there’s a whole lot to do in Berlin. Be prepared to spend up to three days and nights sometimes in the grimiest underground venues, wilder than you’d imagine. Start your day with a walk down sunset strip, grab some cocktails and nutrition and hop on to one of the boat parties that take off from San Antonio, Ibiza Town or Playa d’en Bossa, and step out of the cruise at night only to head right back into one of the clubs in town.

There are so many to choose from, and so many party goers, it’s best you go through a club guide and make some bookings so you’re not disappointed once there. Also Read: 10 Things That You Should Keep in Mind While Travelling Abroad

It’s called Sin City for a reason. Las Vegas makes your craziest ever party look like a boring Tuesday. Nobody leaves Vegas the same as they got there, mentally or monetarily.

World famous pool parties, bustling clubs, and the legendary casinos and strip joints make Las Vegas the mecca of plastered. Proximity to Hollywood has certainly helped it a lot. From NBA stars to hip hop royalty to Britney, everybody’s getting shit-faced or gunshot-wed in Vegas. Thailand is too mainstream now. Hop over a bit to Bali, the new destination for tourists, travellers and hipsters who are sick of the overly in-your-face sex on offer in Thailand. Drink and food prices are negligible, and even a week of debauchery would hardly dent your bank account.

You won’t get full moon parties like at Koh Phangan but they come close. Like Berlin, London has a vibrant night life. And the Brits are famous for being hammered. They’ve been knighting out-of-towners for decades now and it doesn’t look like they’re slowing down anytime soon. Recent changes to make the tube 24×7 has only added to the mania and raucousness is only going uphill.

Check out the numerous pubs, especially on the weekend when Premier League fixtures are on, and dress for both the weather as well as the venue. Taksim Square is off the hook. Hit up the pub crawl, the waterfront resto-bars, or the after-dark joints and you’ll notice Turkey has the most beautiful people in the world. Despite all the unrest going down around them in the Middle East, these guys haven’t toned down the party-metre. What sets Cuba apart from the rest is the fact they love their music live. And live music has its own charm. While there, you should also check out the local baseball league, which in itself is a party for the passionate locals.

So get your hat, grab a cigar, sip on daiquiris, a plate of shredded beef, and let the rhythm take over your soul in this fantasy land. Coffee shops with legal hash and ganja from around the world, red-lit windows for legal sex trade, and all-night clubs at Leidseplein make it seem you’ve stepped into a futuristic world only depicted in Hollywood.

But the Amsterdam scene is one of the more organised establishments you’d find in the world of sex, drugs and techno. And walking out of a coffee shop stoned outta your brains is what fairy tales are made of. Do not be stupid and buy anything from street vendors, everything’s available legally whether at cafes or museums. Sounds amazing, doesn’t it?

During the day, hit up a canal cruise, rent a bike and ride around like the whole city does, visit museums, there’s too much to do here, so spare enough time.

Also Read: Top Things To Do In Amsterdam If all of the above are going to burn a hole in your pocket, or if you’ve not yet managed a bank balance big enough to book them, then let’s just take a deep breath, and book tickets to Goa. For all its overdone-ness, Goa is not getting off this list any time soon. I would personally never go there during the last week of December when it looks like a carnival that lost the plot, but any other time of the year–even the off season–Goa has its thing.

From the frequent music festivals (though the two biggies – Sunburn and Supersonic are out of Goa this year) to the strangely funny yet packed silent discos, or just pub hopping at Anjuna-Vagator-Arambol till sunrise, finishing with a hearty breakfast before you pass out to prepare for the next day, Goa has it all.

Also Read: 10 Reasons Why You Should Visit Goa In The Monsoons Cheap alcohol, amazing food, live music, great water (if you stay off Baga/Calangute or any such crowded beaches), an array of casinos on cruises to choose from, or just riding around the old city to check out the amazing architecture left behind by the Portuguese (like most of the dishes on the menu), it’s a charming ol’ place.

This article first appeared on askmen.com