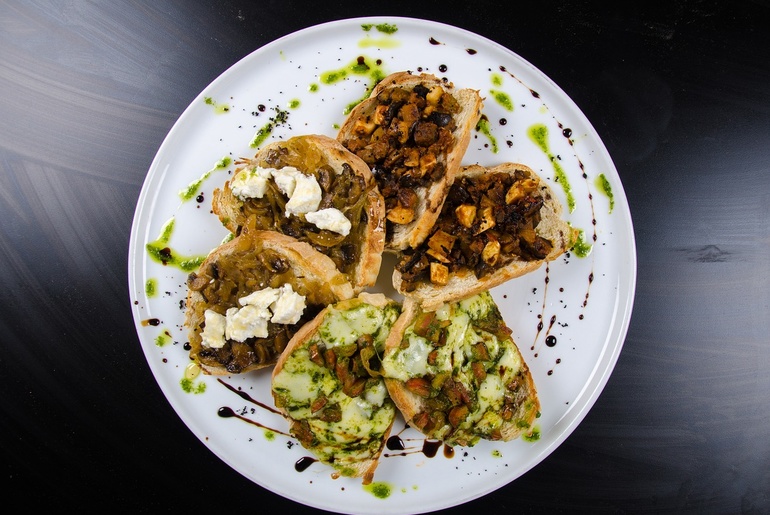 Dubai Is know for the glitz and glam. Apart from the finest shopping, Dubai is also home to some of the finest celebrity chef restaurants from all around the globe. Lets us take you through to five Michelin Star Chef restaurants  across the city.

Chef Gordan Ramsay is one of the finest and top known chef around the globe. Apart from having successful restaurants around the globe, he is also a multi Michelin starred Chef. He was awarded two Michelin stars in 1993. His famous Bread Street in London is now also located in Atlantis, The Palm which is a modern European restaurant.  Made from the finest ingredients you would get to experience a British European experience from the famous fish and chips to beef wellington.

COMPETITION ALERT! We're coming to @tasteofdubai 2018, and we want you to join in the fun! So we're giving 5 lucky winners a pair of tickets. Already 4 people will join us there. For the last pair of tickets.. What city was Gordon Ramsay born in? Comment below for your chance to win ?? > We'll announce the last winner tomorrow at 12PM. Link in bio for more info! So check your DM around that time. @GordonGram @GordonRamsayRestaurants #BreadStreetKitchenDubai #AtlantisThePalm

A post shared by Bread Street Kitchen Dubai (@breadstreetkitchendubai) on Mar 7, 2018 at 3:00am PST

Chef Atul Kochar is a two Michelin Star chef. He received his first star in 2001 making him the first Indian chef to receive a Michelin Star. He then received his second star in 2007 when he opened up his very own popular Benares Restaurant & Bar. Rang Mahal is his first step in Dubai which serves modern Indian cuisines with a touch of traditional and contemporary taste and is now one of the top fine dining restaurants in the city. Rang Mahal in English means Palace of Colors.

Chef Giorgio Locatelli hails from Italy and is one of the finest Italian chefs in the world. He Gained his first Michelin Star in 1999. His footsteps in the UAE gave birth to Ronda Locatelli which is one of the finest Italian restaurant located in Atlantis, the Palm. The restaurant is complete family friendly and you can expect mouthwatering delicacy from the traditional wood-fired pizza to the authentic tiramisu that will fill your mouth with flavours.

A post shared by Ronda Locatelli Dubai (@rondalocatellidubai) on May 1, 2018 at 9:00am PDT

Chef Yannick Alléno is one of the famous French chefs. He earned is first  Michelin Star in 1999 and currently holds three Michelin Star in his portfolio. STAY offers simple French cuisine which has a touch of Middle Eastern culinary which gives you a modern and stylish fine dining experience.

Chef Gary Rhodes hold a number of restaurants in Dubai. But amongst all Rhodes W1 was his first steps into the city and still remains one of the top picks in the city. Chef Gary Rhodes earned his Michelin Star in the year 2001. The restaurant offers an Anglo-French inspired menu that will take you on a culinary journey with the breathtaking view of Dubai Marina.