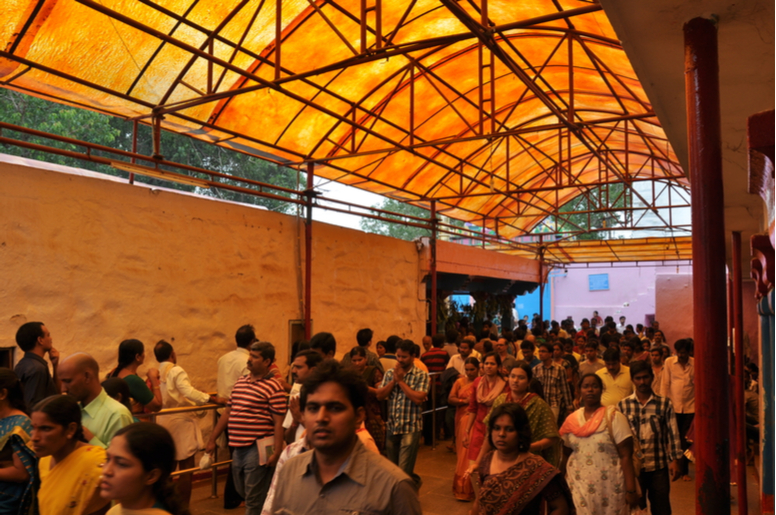 Chilkur Balaji temple near Hyderabad is known to grant wishes to devotees worshipping for overseas visas.

Chilkur Balaji temple is an ancient Hindu temple of Lord Balaji located on the banks of Osman Sagar in Hyderabad. The temple has gained much popularity and fame due to its devotees performing a wish-making ceremony to grant overseas visas so much so that it is now commonly known as the ‘Visa Balaji Temple.’

The temple is around 500 years old and has gained a reputation in recent years for helping Indians pursue their dream of travelling overseas. The wish-making ceremony includes 11 laps inside the temple and sometimes they even offer their passports during prayers. If the wish comes true, they have to come back again to make 108 laps.

Also read: Hyderabad & Pune Been Ranked As The Best Cities To Live In India! This trendsetter temple has made been made popular by word of mouth after few college students performed the ceremony who were heading to the United States in hope of getting visas, they seemingly got lucky and won visa lotteries. Since then people have visited the temple to try their luck, there are even pamphlets handed out to devotees on entrance as a testimony to their success. Today, the temple is flocked with devotees and others who come here seeking blessings from their lord.

Now you know where to go if you want your visas to be granted and stamped as soon as possible.

Also read: Head To Tollgate Restaurant In Hyderabad For Those Highway Feels