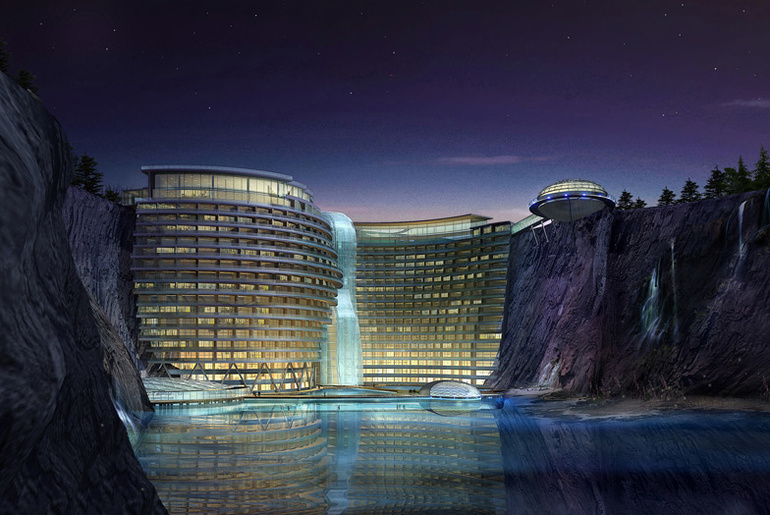 You heard it right, the futuristic innovations in the world’s most technologically advanced countries, China include a Quarry Hotel with underground rooms.

China never fails to impress us with their ideas and creations, this time they have come up with a ‘Quarry Hotel’ which will have 17 of its floors underground and 2 will be underwater.

Also read: This Flower In China Is The Perfect Rival To Japan’s Cherry Blossom The hotel is being built in an abandoned open-pit mine, a 100-meter-deep quarry situated in Songjiang district, near Shanghai. The hotel is expected to open in May and will feature about 400 guestrooms and an underwater restaurant. The construction was started in the year 2013 after a British design and engineering company called Atkins acquired the rights to design the 5-star hotel. The hotel will be built in a way to reflect the natural shape of a quarry which will also feature a glass waterfall-like design making its way down to the pool at the bottom.

The Deep Pit hotel will also have two storeys above the ground. Are you ready to take the pitfall?