Delhi’s Pollution Is Keeping It Cool! 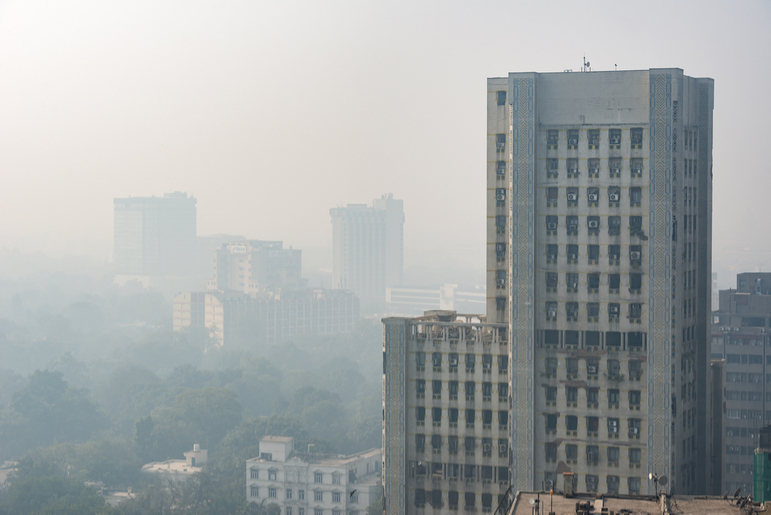 A recent study reveals that Delhi’s pollution has been one of the factors to keep the city cool.

Known as the aerosol effect, the Delhi pollution has been one of the key reasons to keep the temperatures low by a difference of two to four degrees in peak summer has been revealed by researchers.

This cooling effect, ‘urban cool island‘ is experienced at least two times in a year, first in the months of May-June in peak summer and again between October and December in winter. The study was conducted by 10 researchers using MODIS Satellite which is a key instrument in NASA’s Terra & Aqua Satellites. According to the scientists, the aerosol pollution which increases during these two seasons could be one of the factors.

Aerosols are minute particles that are present in the atmospheric air that comprises of anything from mineral dust, moisture, nitrates, sulphates, sea salt and road dust.

A cool island forms over Delhi during the day as the temperature remains two to four degrees lower as compared to the surrounding regions in the outskirts of the city. In summer, the rising temperatures cause the land to be hot which in turn creates aerosols. Some of aerosols particles get absorbed in the sun’s rays but most of them reflect the sun’s rays and don’t reach the earth’s surface.