Fancy Drinking Alcohol With Breakfast On A Plane? Here’s What You Need To Know 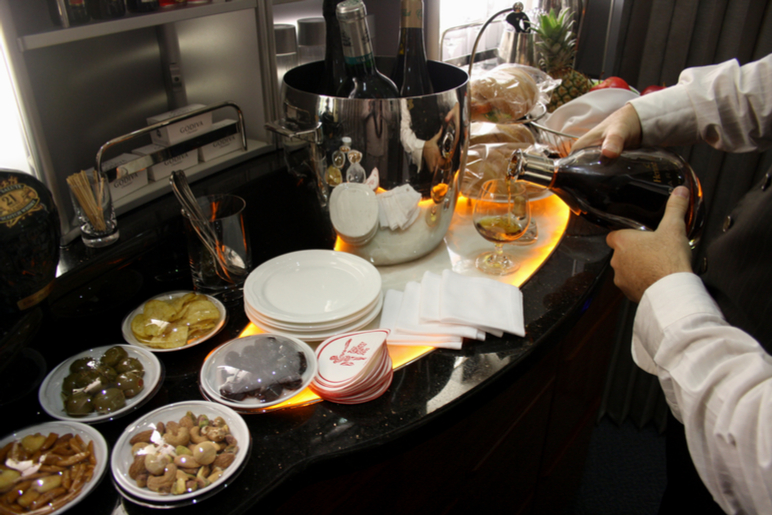 Alcohol on a plane is given by flight attendants on long-haul flights for free as part of the journey, here a few things to know.

Ordering alcohol is allowed usually at any point in time during a flight. Although, there are some rules and etiquettes that should be kept in mind while you want to fancy up your breakfast with a shot of Jack Daniel whisky or a Bloody Mary. While ordering alcohol is allowed on a flight, the flight attendants often see it as a hassle. It’s not just about mixing up a cocktail on a flight, ten thousand feet above the ground but, it’s also the hassle of serving other passengers who then request for the same. A legal way to drink on the flight is to ask flight attendants to serve it, they might say no as they are in right to do so. They may also refuse to serve to passengers who already appear half-in-the-bag.

Bottles that are brought from home under 100ml or bigger duty-free bottle can be given to cabin crew to serve.

Drinking before an early flight could soon be banned, the Licencing Act which only allows passengers to drink at a particular time.

Also read: This Flight Gives You An 8-Hour Tour Of The Southern Lights