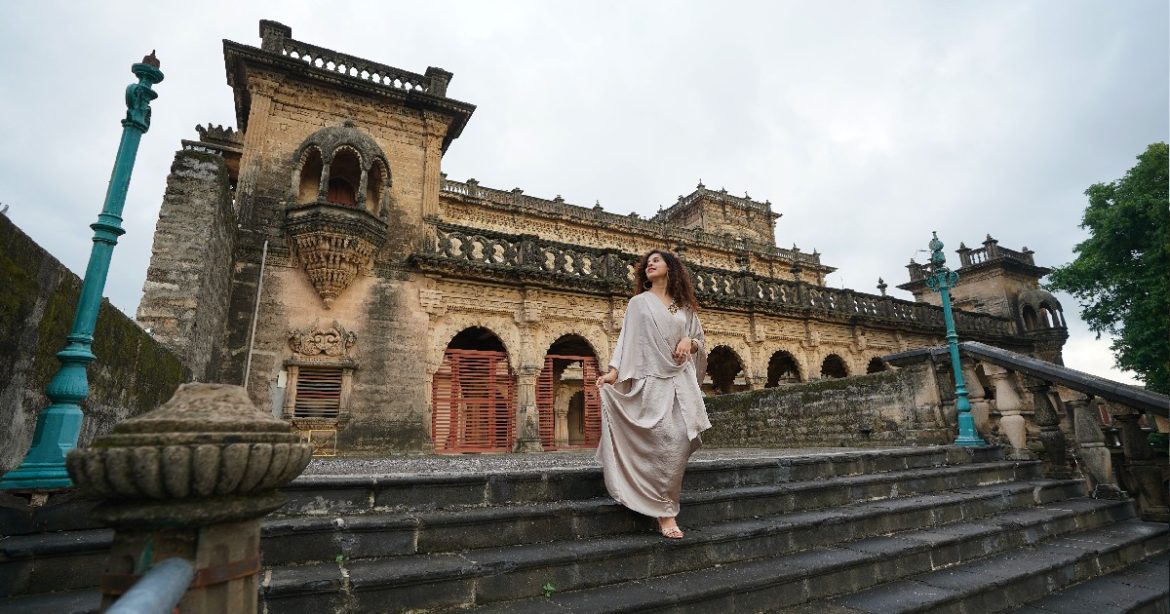 In the Rajkot district of Gujarat, lies the historic city of Gondal which once used to be the prosperous capital of the Gondal State. The Gondal State ruled by the Jadeja Rajput dynasty was among the eight first-class princely states of the Kathiawar Agency in colonial India. The city is home to centuries-old palaces, the oldest of them being the Naulakha Palace. Founded in 1634 by Jadeja Rajputs, Gondal Princely State was modernised by HH Maharaja Sir Bhagwatsinhji from the 1880s to the 1940s. He has been one of the most loved and respected Maharajas of Gondal. During his reign, he was noted for progressive thinking, tax reforms, compulsory education for women, and the development he brought about in the town.

The royal family who still lives in this town have 3 major and magnificent palaces here- the Orchard Palace, the Riverside Palace and the Naulakha Palace. While the Orchard and Riverside palaces have been converted into heritage hotels, Naulakha Palace has been converted into a museum. In this story, we will take you through these mesmerising heritage Gondal palaces.

The Orchard Palace was built in the late-19th century to host personal and special guests of the Maharajas. Orchard Palace has only seven rooms to offer, all of them appointed with the 1930s and ‘40s art deco furniture, antiques and handicrafts. The royal chambers of the palace can literally take you back to the bygone era. The gardens of the palace are home to over 80 peacocks and peahens. The Rail Saloon of the royal family of Gondal is another highlight of the palace. This was the private train carriage of Maharaja. He would love to travel and whenever he embarked on a journey, he would attach this saloon to any train he wanted to be a part of. Interesting isn’t it? 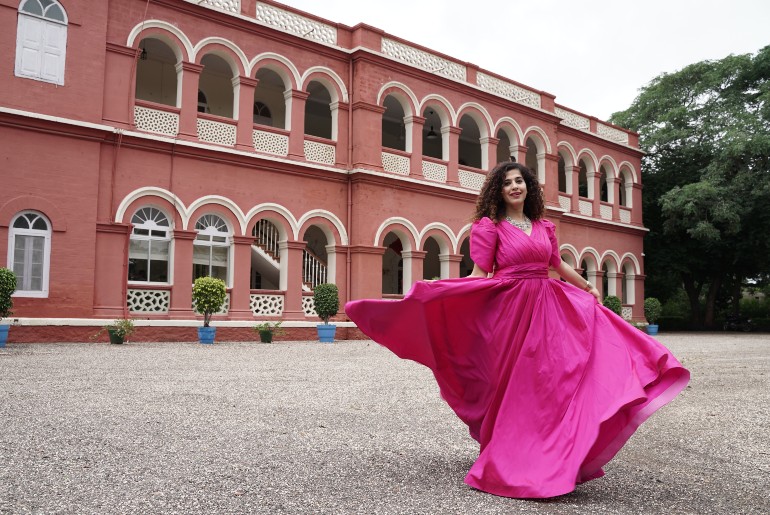 This Rail Saloon is now a suite for a couple or a family to stay at. It has drawing rooms, a dining room, a bedroom and wooden English washrooms with a telephonic shower. That is royalty, isn’t it? But it doesn’t end here. The palace has a royal garage housing India’s 2nd largest vintage car collection with over 38 iconic cars all parked under one roof. 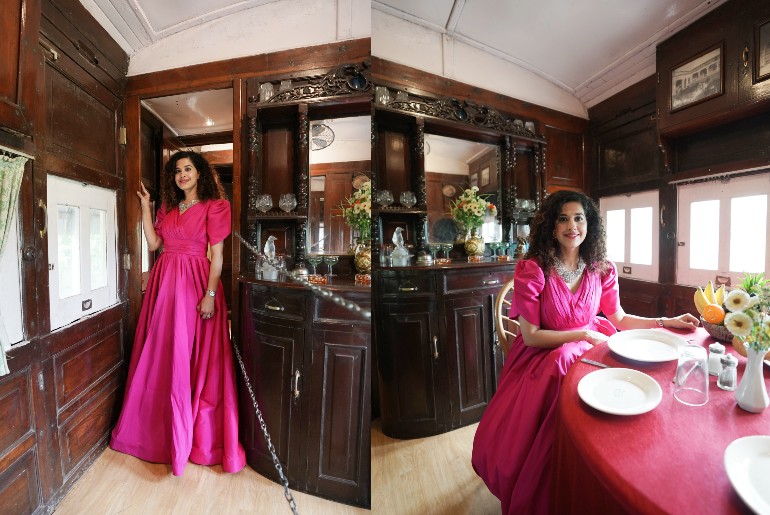 The Royal Vintage and Classic Car Collection includes the family’s excellent collection of cars from a pre-1910 New Engine, the 1920s and 30s European vintage models and imposing 1940s and ‘50s American cars to sports cars.  For someone who loves everything vintage, this is seriously a visual treat. 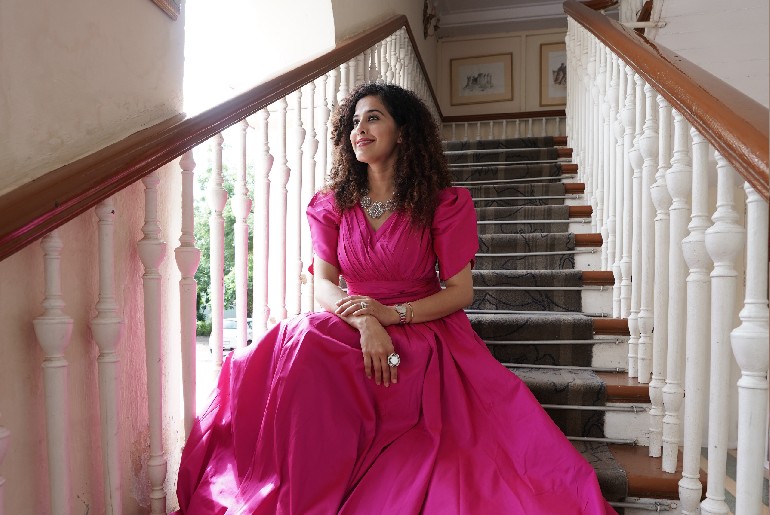 You can spend a night in Orchard Palace for just  ₹5775 plus taxes for two. This is the room charge. If you want to include lunch or dinner, you’ll need to pay ₹1350 separately. And while at the Orchard Palace, you should not miss relishing the Gujarati Maharaja Thali. Also, the winter rates are slightly higher here than in summers.

The Riverside Palace is a European style mansion, built in 1885 as the Yuvraj Bungalow (Crown Prince’s palace).  The mansion is set in gardens beside a river. The property is furnished with old dressers, four-poster beds, and antique pieces. The 11 bedrooms are spacious and high-ceilinged, with elegant colonial period furniture, and each has an attached bath. You can stroll through the garden and riverside to spot birds. Every gallery of this palace comprises historic photographs, prints and antique beadwork. Also, there is one big room called ‘Indian Room’ which showcases the beadwork and brassware from the family’s collection. The rooftop of the room has glass walls that allow the sun to shine into the gallery. 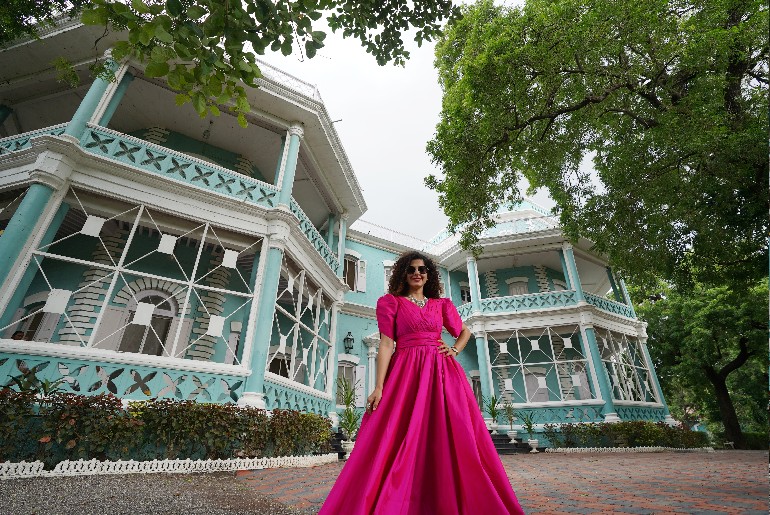 The Naulakha Palace was built in the 15th century. This palace is known as ‘naulakha’ because around 450 years ago, ₹9 lakhs were spent to construct this palace. In the yesteryears, the royal family of Gondal used to live in this palace. But during the time of Maharaja Bhagwat Sinj Jee, the palace got converted into an administrative office and the family shifted to Hazur Palace, where they are currently residing. Now, the Naulakha Palace has been converted into a unique museum with different artefact rooms like 400 teapots room, Crockery room, Beadwork room, Clock room, different paghadi (turban) headwear room, Dolls collection, Dinky toy car room with 1000 cars, collections of 24 Horse carriages and much more. 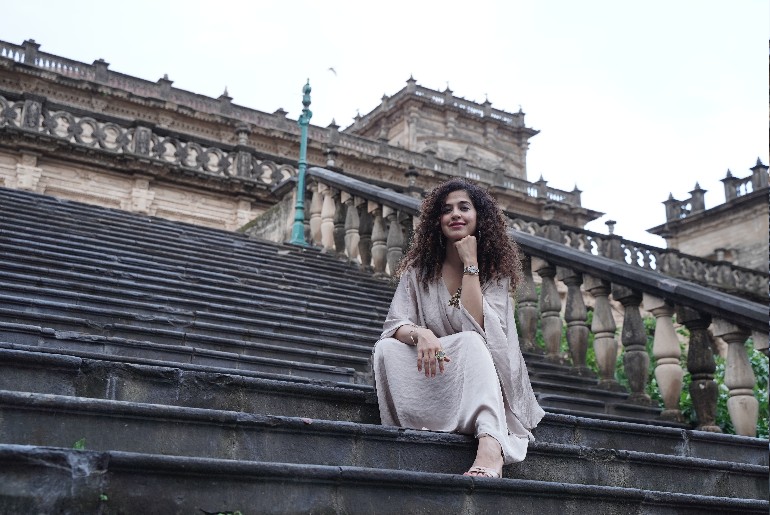 It also has a  magnificent Darbar hall. The palace has the Maharaja’s room and the interiors have been beautifully preserved and restored. The private museum here houses textiles, brassware, royal wardrobes, and even a weighing scale on which the Maharaja was once measured by locals against gold on his golden jubilee as a tribute to him. The entry fee of the museum is ₹320. But if you’re putting up at the Riverside Palace or Orchard Palace, your entry will be free. 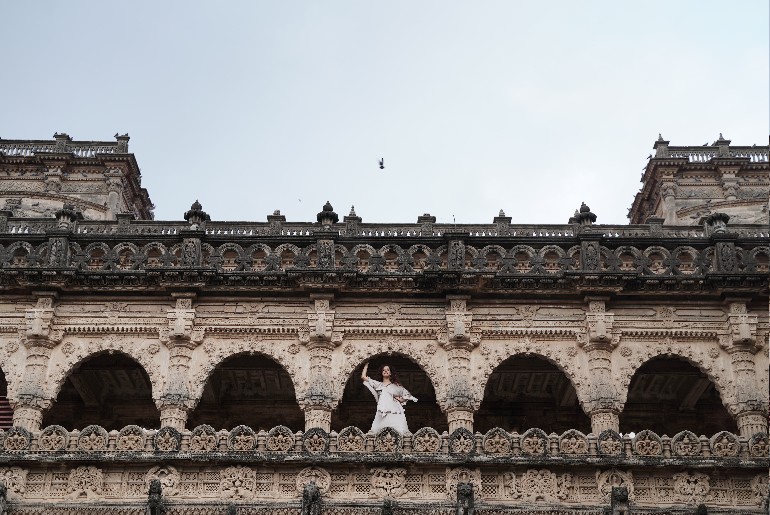 Most tourists coming to Gujarat may not be aware of Gondal, but once they set foot in this charming town and savour the famed Gondal hospitality, they can literally fall in love with the place.