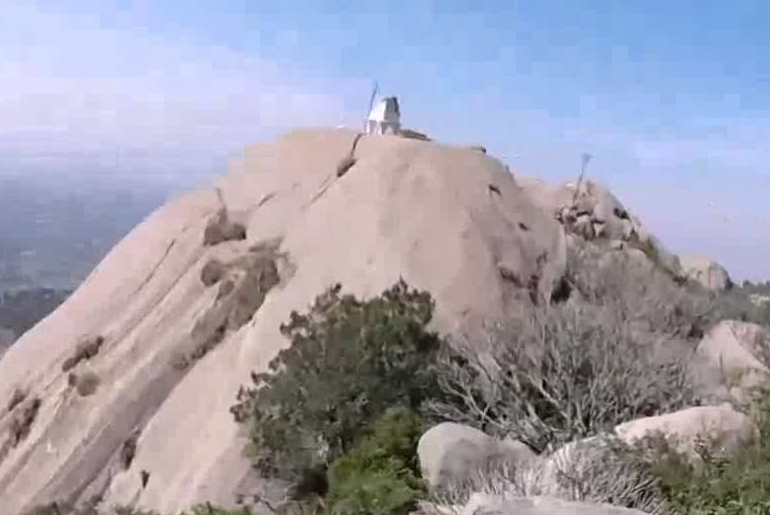 This site serves as a great spot to go on a day’s trek 60 km away from Bengaluru, called Savandurga.

Situated at a height of about 4220ft above sea level, it is also known to be the largest monolith in Asia. It comprises of one of the most challenging treks to reach the top of this monolith, which looks like a massive stone from afar.

Also read: Now You Can Indulge In Micro-Light Flying In Bengaluru Without Any Flying Experience Savandurga is a composition of mostly granite comprising two peaks, Karigudda or The Black Hill and Biligudda or The White Hill.

As you reach the top, you get to witness breathtaking panoramic views of the city of Bengaluru and ruins of the fort that were built by Kempegowda. Biligudda was a fort prison once upon a time, during the Hoysala Empire.

The hill is surrounded by lush greenery of the forest region of Magadi where you might even spot a spectacle of migratory birds in the far horizon.

The pick-up will be organized from Bengaluru early in the morning at 6:30 am followed by an introduction session and breakfast on the way. Reach the base of the trek where you’ll be distributed some snacks to take along the way on the trek, reach the Savandurga fort and rest for a bit at the Nandi temple, enjoy the views from the top while gorging on lunch.