IPL 2021: Schedule, Tickets, Are Fans Permitted In Stadiums & Everything You Must Know

The Indian Premier League (IPL) was suspended in May 2021 in India due to the pandemic. However, IPL 2021 is now set to take place in the UAE. The remaining tournament, kicked off on 19 September and will run until 15 October. The season started off with a nail-biting clash between the Mumbai Indians and the Chennai Super Kings. The remainder of the 14th IPL season will now be played in Dubai. Wondering if you can watch the match in the stadium? Well, read on to know all the details. 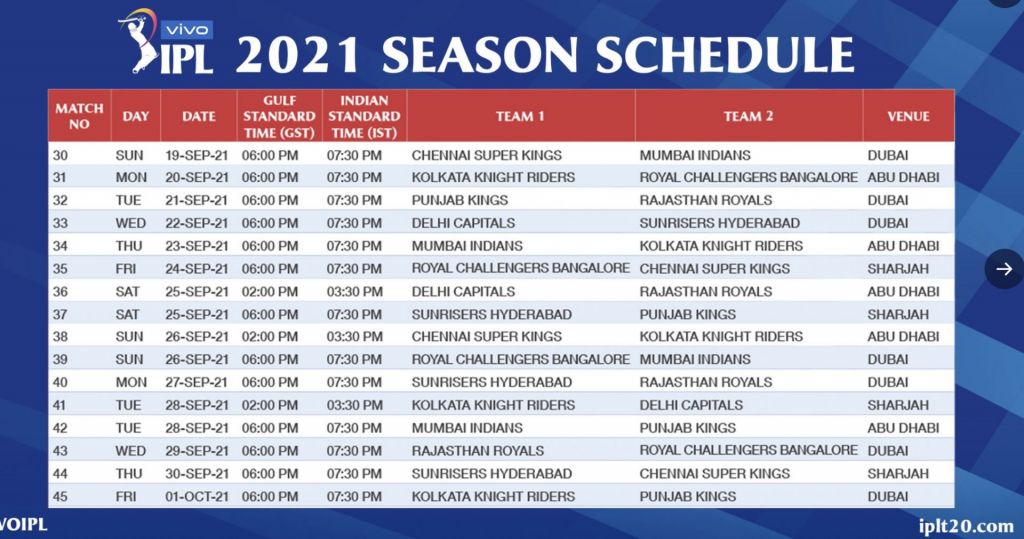 Can I Watch The Match In The Stadium?

Yes, fans are permitted to watch the match in the stadium. It was recently announced that limited seating will be available for fans to watch the IPL 2021. However, the percentage of the capacity remains unknown.

Where Will The Matches Be Played?

Matches will be played at Dubai, Sharjah and Abu Dhabi. Limited seating will be available at the stadiums as well as strict protocols will be followed.

Tickets for the matches can be purchased here.

5 New Rules All IPL Teams & Their Families Must Follow

1. Players And Their Families Will Remain In Bio Bubble

Earlier, it was necessary for only players to stay in the bio bubble. However, as per the new rule all players as well as their family members must remain in the bio bubble. In addition, the owners of the teams must also remain in bio bubble. They will be permitted to leave the bubble only if absolutely necessary. Besides, permission must be taken from the BCCI’s Chief Medical Officer to exit the bubble.

🇮🇳 #IPL2021 will resume with a clash between the #CSK and #MI on September 19, The first match will be played in Dubai.

2. Territory Of The Hotel Where The Team Stays Will Be Sealed Off

This time, the officials have gone a step further in taking precautions. In order to stop players from mingling with anyone at the hotel and stay safe, BCCI has requested teams to try and book the entire hotel for themselves. In case, this is not possible, the entire wing of the hotel where the team stays will be sealed off completely. This way, there will be very minimal physical interaction with people from outside.

3. Bio Bubble Will Have Assigned Managers

In order to ensure there is no violation of rules in the bio bubbles, each team will have a four-member team of ‘Bubble Integrity Managers’ who will keep a close watch on players and their families.

All players will have separate check-in counters at the hotels, in order to ensure social distancing and safety.

Firstly, all players must undergo a COVID-19 RT-PCR test, 72 hours before their scheduled flight. Under unforeseen circumstances, players will be permitted to step out of the bubble. However, re-entry into the bubble will be possible only completing 6 full days quarantine. Besides, players will also have to undergo 3 RT-PCR tests on day 2,4 and 6 prior to re-entering the bubble.