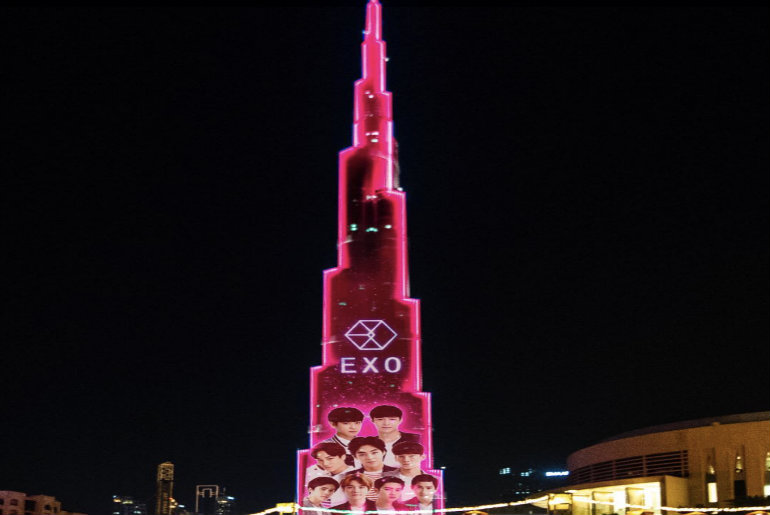 Burj Khalifa has come up with an exclusive LED show which will feature the famous K Pop Band EXO on 14th July 2018 at 20:10 Hrs.

Exo, the famous K Pop band has a significant fan following around the globe. Last year they released their new album, Power at the Dubai Fountain which garnered a lot of attention thus leading it to be a huge success. Their song was also added to the Dubai Fountain Playlist. Burj Khalifa has now announced on their social media platforms that an exclusive K Pop LED Show will be showcased on 14th July 2018 at 20:10 hrs.