We dread using public toilets, but with the initiative taken by Ulka Sadalkar and Rajeev Kher, our perspective might just change! As entrepreneurs in the field of sanitation, these two are giving a makeover to old buses one at a time and making way for clean public restrooms for women. The biggest challenge women face is sanitation outside their home. The few restrooms available are not clean and they put women at risk for UTIs and sometimes eve worse, STDs. Basically, with a city like Pune that doesn’t have a lot of space to construct toilets, old buses can easily be refurbished and wouldn’t take up a lot of space after all! The duo is supporting the Swachh Bharat movement by building usable toilets for all the women in Pune. 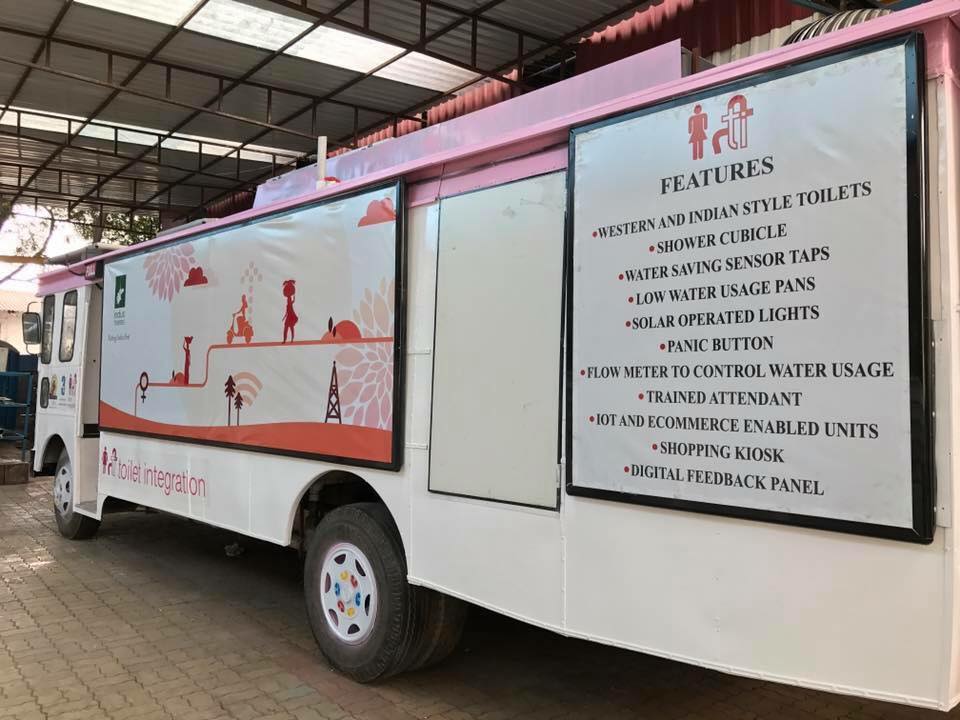 Ulka and Rajeev decided to take up the project after a discussion with the Pune Municipal Corporation in 2016. They were provided with old buses that the city wouldn’t be using for transport anymore, so they decided to refurbish them into toilets. Each bus contains a Western toilet, Indian toilet, diaper changing station, sanitary napkins and washbasins. Apart from that, these toilets are completely solar powered!

They have installed 11 such buses all across Pune and each of them get at least 150 women each day (it also reaches too 300 on certain days). Women are finally relieved that they can access well-equipped and hygienic public toilets. Although people have loved the initiative, there have been complaints regarding the operational status of the toilets due to water shortage in the respective areas.