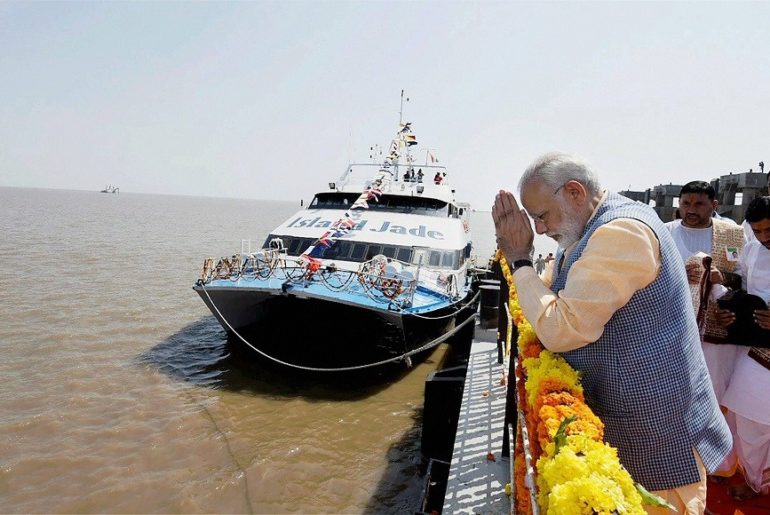 The roll on roll off ferry between Ghogha and Dahej will be reducing the 8 hour distance to one hour and will be launching this month.

Granted by PM Modi, the Ro-Ro Ferry project from Ghogha to Dahej costs  and will be launching this month. Being the first of its kind, this ferry will drastically reduce the distance between Ghogha and Dahej from 8 hours to one hour. Companies will be using this ferry to transport goods across the places, but the government plans to include a few passengers as well.

The project was started when Modi was the Chief Minister in 2012. Now, PM Modi plans to expand the ferry systems not only in India, but also to South East Asia. The Ro-Ro ferry between Ghogha and Dahej is one of a kind because it is the biggest ferry that carries passengers along with transport goods as well. There might be other ferries that carry passengers in South India, but they are quite small as compared to this one.

The ferry will be launching this month, but it will available to the general public from November 1. Depending on the transport goods being carried in the ferry, the tickets for passengers will vary.

As an approximate figure, it will be able to carry up to 100 vehicles (buses, cars and trucks) along with 250 passengers.

Also read: Immerse Yourself In Nature & Luxury In Woods At Sasan, Gujarat Distance: 36 kilometers between Ghogha and Dahej
Time taken: One hour
Ticket cost: ₹500 per person
Available for the public by November 1