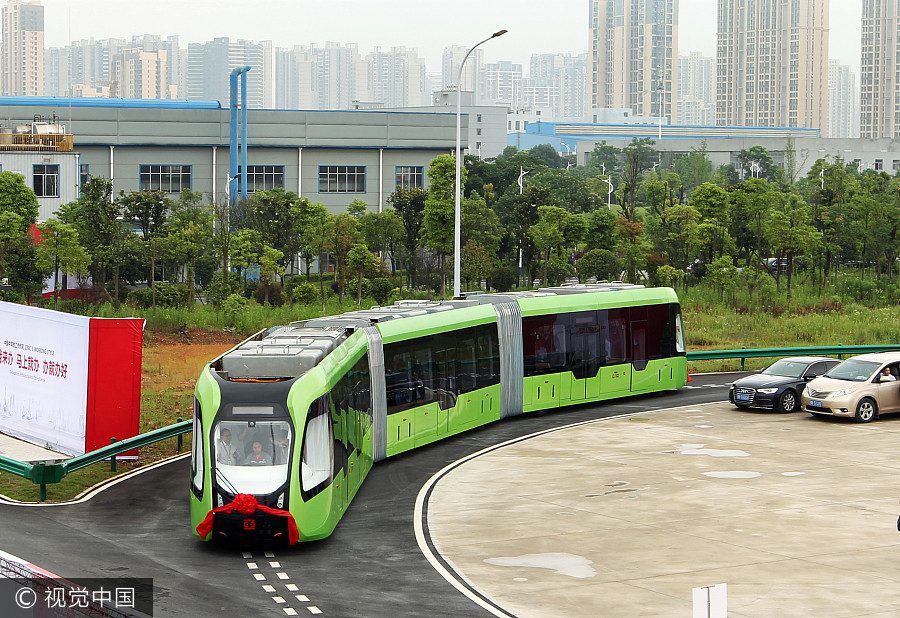 The world’s first ever electric powered trackless train is running on virtual lines in China.

A new trackless train has recently launched in China and it runs on virtual tracks. Using virtual railway tracks at  Zhuzhou, Hunan Province, the new trackless train can run up to the speed of 45 kmph. CRRC Corporation in China started working on this technology back in 2013 and after the launch in China, they plan to roll out the same technology in other countries as well. More About The Train

CRRC Corporation has named this project as Autonomous Rail Rapid Transit (ART) and it’s an electric run train which can carry up to 300 passengers at a time. A 10 minute electric charge for this train can carry the train up to 15.5 miles (25 km) and it’s supposed to be the cheapest and most eco-friendly travelling option in China.

The next few trains will be rolled out in Zhuzhou itself by next year and that’s how China is planning to expand their tram ways throughout the city. These trains can replace buses and other public transport options as well. 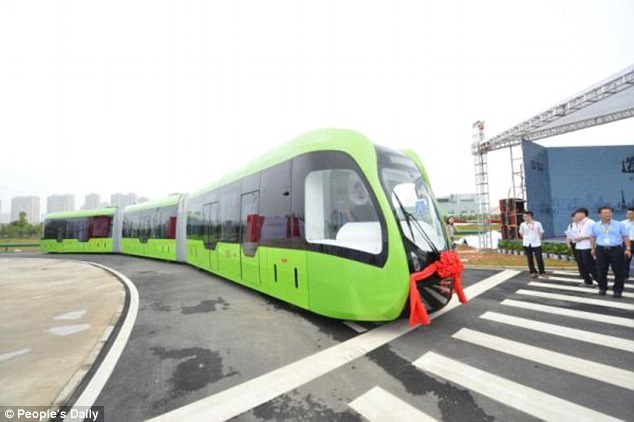 Image via The Daily Mail