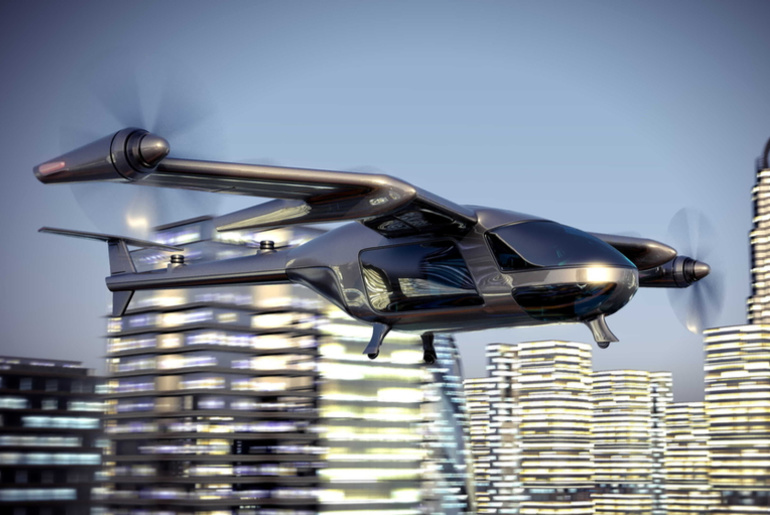 Uber has recently revealed first glimpses of a flying car prototype, a concept of aerial taxi service which the company hopes to launch in 2023.

The company Uber has unveiled its latest ‘flying car’ concept in what looks more like a drone. It is an aircraft that will feature rotors which will help in vertical take offs. The company revealed the Uber Air design models at the Elevate Summit in Los Angeles that will be designed to carry passengers up in the sky and avoid all the traffic woes. Uber has hopes to launch the air-taxi service by 2023 which will also allow self-flying later in 5 to 10 years.

Also read: Uber To Introduce Flying Taxis In Your City! The electric flying taxis will be able to accommodate four passengers at a time and will fly at a height of about 2,000 feet above the traffic congestions in the city at 241-321 kmph.

The flying-taxis will be hailed from the Uber app, a better way to commute to avoid the densely populated urban areas, though the bookings must be done 60 minutes in prior. While it has also been revealed that the firm plans on taking nearly 10 times the number of daily flights for a single city which cost around less than $2 (₹135) per mile. The design-model that was revealed at the summit looks more like a helicopter-like craft which will lift off the ground using a series of rotors allowing to take vertical take-offs in and around rooftops across the country.

The company aims to make these rides affordable to normal people who can travel longer distances and avoid the traffic on the ground.

According to Stan Swaintek, Head of Operations, Aviation at Uber, the passengers will be passively weighed to check the best seating for inside the aircraft for keeping the balance optimal. According to Uber execs, the ports will be built where the riders most frequently start and end uber trips.

Trouble finding your ride? The Uber Aircraft will use a colour-matching technology which will help passengers find their Uber.