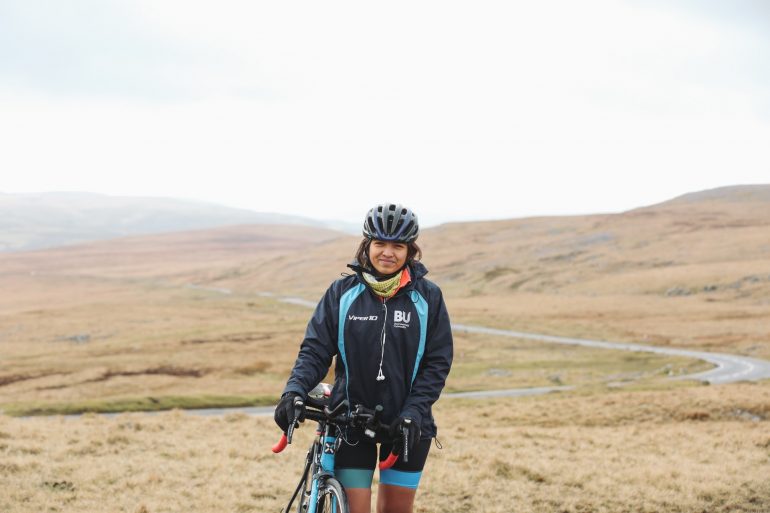 20-year-old Vedangi Kulkarni from Pune has cycled her way across the globe completing 29,000 km and becoming the fastest Asian woman to cycle the globe!

Hailing from Pune, the very athletic Vedangi Kulkarni becomes the fastest Asian to cycle the globe and complete 29,000 km. She started off in July from Perth, Australia and completed the world tour in Kolkata in December 2018. Overall, Vedangi has cycled for 159 days averaging at 300 km per day and she has covered 14 countries until now. Vedangi is currently in India and will be flying out to Perth, Australia soon to complete the remaining 15 km to her finishing point.

Vedangi’s father Vivek Kulkarni said that not many people can take up a challenge like that, but his daughter not only completed it but also became the fastest Asian to complete it. It was a very proud moment for his family! As Vedangi says, the tournament had begun 2 years ago when she took up the challenge as she studied sports management at a university in the UK. She started practicing, designing her bicycle and planning the route.

Once the tournament began, Vedangi had to face a great deal of struggle while completing this tour. Be it camping alone in the snow for many days at a stretch in Russia or being chased by animals in a jungle in Canada. Apart from that, she faced issues with her visa on a couple of occasions. For most of the route, Vedangi was all alone and had to carry luggage that included cycling tools, clothes and camping gear all by herself.

When it comes to fastest woman in the world, Jenny Graham from Britain completed the challenge in 124 days in 2018 (3 weeks less than Vedangi).

She started the tour in Perth, Australia in July 2018 and she cycled through Australia and reached Brisbane. From there, she took a flight to New Zealand and cycled North to South through the country. Her next destination was Vancouver, Canada and she cycled all the way to Halifax. Next, she headed to Europe and started the journey from Iceland, and covered Spain, Portugal, Belgium, France, Sweden, Germany, Denmark, Finland and Russia. From Russia, she flew down to India and to complete 4000 km. Through the journey, she encountered temperatures from minus 20 degree Celsius to 37 degree Celsius. Vedangi gives the credit to her parents who have funded most of the journey and supported her throughout. She also added that her parents were the one to give her the encouragement and mental support that a 20-year-old needed to accomplish this. On the other hand, Vendagi’s parents feel like they are the proudest parents in the world and she’s been able to accomplish the journey through her hardwork and dedication.