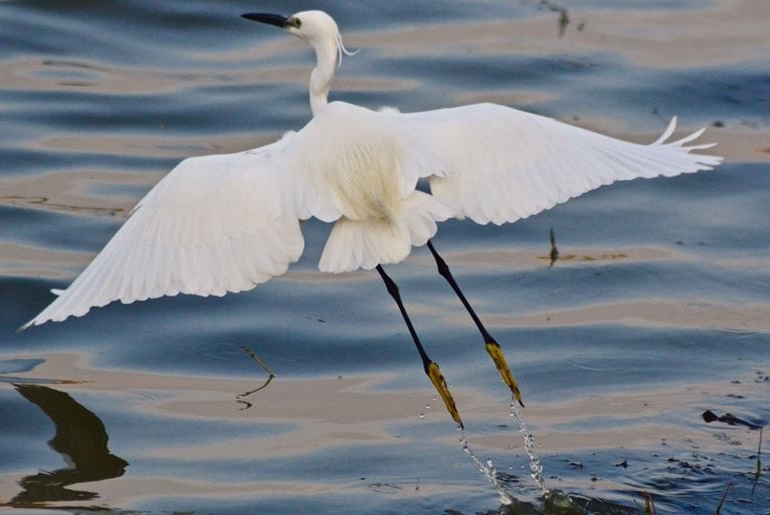 Home to a number of bird species, Kolleru lake is rich in diverse flora and fauna located 65 km from Vijaywada in Andhra Pradesh.

Enjoy a spectacle of Migratory birds from Australia, Siberia, Egypt and Philippines at The Kolleru Lake Sanctuary in Andhra Pradesh. It spreads over 673 sq kilometers and is located 65 km from Vijaywada. Visit the Lake during the months of monsoon to witness the breathtaking sights of the lake that expands due to the rain shower and acts as an area for the fishermen to catch prawns and fishes.

Also read: 11 Stunning Waterfalls In India That Are A Sight To Behold! Enjoy the cool breeze and witness the magnificent birds like the Red Chested Pochards, Painted Stork, Pintails, Open Billed Stork, Shovellers, Glossy Ibises and Teals. There’s even a Watch Tower for the tourists to observe the birds and capture the beautiful moment.

Also read: Borra Caves Near Vishakhapatnam Is One Of The Largest Caves In The Indian Sub-Continent Kolleru is a freshwater lake which joins the seasonal streams named Budameru and Tammileru, the Kolleru Bird Sanctuary was declared as a wildlife sanctuary in 1999, the best time to visit would be between the months of October to March.