Visit The World’s Tallest Hotel In Dubai For Just AED100 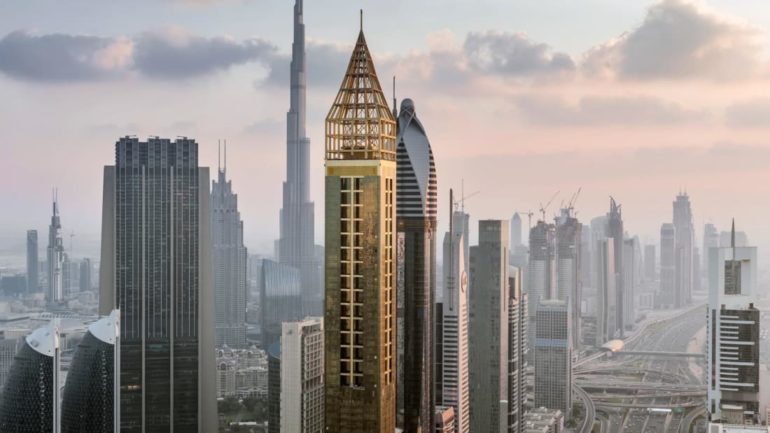 Gevora Hotel has just been crowned the tallest hotel in the world. The 75-storey hotel stands at 356 metres and it is just one metre taller than the JW Marriott Marquis.

The new Gevora Hotel on 101 Sheikh Zayed Road is officially the world’s tallest hotel. It is also capped with an astonishing golden spear. Standing at 356 metres and 53 centimetres, the Gevora Hotel has opened up its rooftop to the public.

You can now go up to see the beautiful view of the emirate from the highest hotel in the world. The spectacular hotel has 528 guests rooms suites and four restaurants when it opens. The Gevora Hotel has dethroned JW Marriot Marquis Hotel which is also in Dubai.

Beautiful night in Dubai and we shine bright in the dark skies! ✨? • • ?@abdulaziz_photos

The tickets are priced at  AED100 for adults and AED50 for children up to 12 years old. Children up to 6 years old are given free access. Not just that, you can also catch a glimpse of the magnificent city when it is lit in all its glory at night. The viewing deck is open from 10am to 9pm daily.

Also Read: Get A Glimpse Of Old Dubai At Al Fahidi

Where: Gevora Hotel, Sheikh Zayed Road
Open from: 10am to 9pm daily
Price of tickets: AED100 for adults and AED50 for children up to 12 years old.