Weather Update: Dubai Wakes Up To A Thick Layer Of Fog 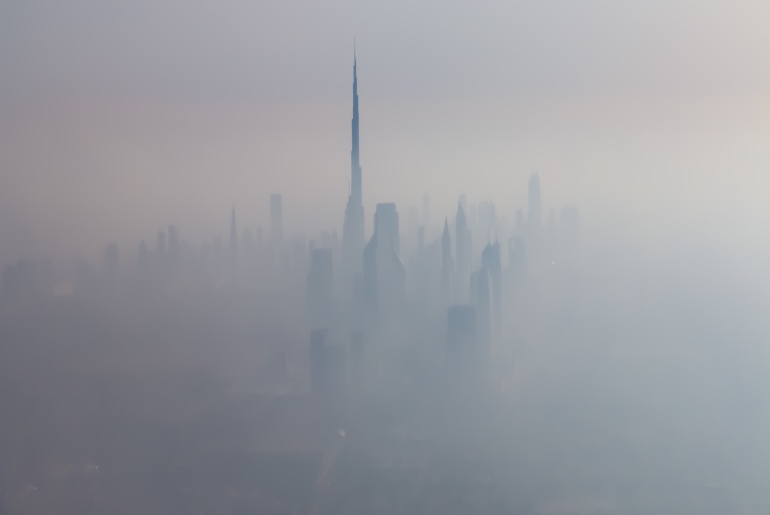 Dubai residents woke up amidst the clouds this morning! A thick layer of fog engulfed the city, flooding social media with pictures, and videos.

This morning Dubai woke up in the middle of the clouds! A thick layer of fog engulfed the city and other emirates, leading to poor visibility. The National Centre of Meteorology has issued a warning to all residents cautioning them about low visibility- less 200 meters on UAE roads.

The RTA has also warned motorists to be extra careful, given the low visibility level. Apart from Dubai, fog was also reported in other areas including Al Dhafrah, Abu Dhabi, Sharjah and Al Maktoum International airport.

Caution: Heavy fog and low visibility in some areas of Dubai. Please be careful and drive safely. pic.twitter.com/0EplYrqum5

While the fog did bring a big, broad smile on those clicking Instagram worthy pictures from their balcony, it definitely made the day tough for motorists. However, temperature is expected to rise to 28 degrees, as the day proceeds.

It's almost zero visibity on the roads because of intense fog. Dubai drivers, safe travels! pic.twitter.com/XY1WlZSVNU

Meanwhile, heavy traffic and congestion has been reported in various pockets of the city. So, leave early and drive safe!

Also, if you’ve got Instagram-Worthy pictures of this morning’s fog, mail it to us on dubai@curlytales.com or tag us @Curlytalesdubai.