5 Best Dishes Mumbai Has To Offer This Monsoon 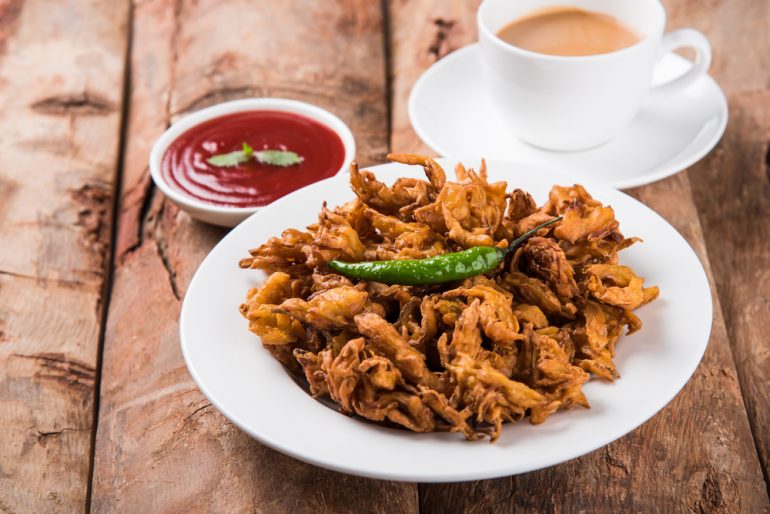 Monsoons have hit Mumbai and so have our food cravings. But do you know all the amazing food joints that offer some of the best delicacies this rainy season? Well, you’re here now so let’s find out –

Fellow Borivaliites, your favourite Hungry JD’s, is now a full-time restaurant! And, it gives a cheesy twist to the Bombaiya vadapav – The Cheese Burst Vada Pav! Ever imagined having your favorite Mumbai street food filled with oodles of cheese? Well, the Latino Cheese Burst Vada Pav here is true to its name, with vadas dripping with cheese! The vada is made with potato, beans, jalapenos and spiced up with chipotle while the buns are arranged with lettuce, a slice of cheese, cherry tomatoes and chipotle mayo. You have to eat it, to believe it! They serve the cheese burst vada pav between 12 noon and 7pm only.

Also read: These 5 OffBeat Versions Of Vada Pav Are Sure Going To Get You Drooling

Maggi Maggi Maggi! Hungry Head in Powai & Ghatkopar reminds you of the jingle we all loved as kids with a menu that has all things Maggi in it! We all will never forget the epidemic that came onto us when Maggi was banned. It was literally Diwali when Maggi was continued again. For all that love for Maggi, we have Hungry Head with branches in Powai and Ghatkopar serving different forms of Maggi such as Maggi Bhel, Maggi Pizza, Aglio Olio Maggi and Maggi Sizzler. Don’t believe it? See it for yourself! Where:
Powai: 1, Hakone, Behind Powai Plaza, Powai, Mumbai
Ghatkopar: M G Road, Opposite Kotak Mahindra Bank, Ghatkopar East, Mumbai
When: 11 AM to 11 PM
How Much: ₹400 for two people (approx.)

For all the vada pav and the chicken lovers, Pack-A-Pav has the perfect combination called ‘The Butter Chicken Pav’ for you.Pack-A-Pav, a tiny joint in the suburbs of Mumbai offers an impressive lot of non-veg and veg favorites; the standout being The Butter Chicken Pav. This yogurt-and-spice-marinated chicken, dressed in a velvety red bath comprising of butter, onions, ginger and tomatoes, scented with garam masala packed in a pav is priced at ₹130 and is a must try on the menu.

Also read: The Butter Chicken Pav At Pack-A-Pav Should Be On The ‘Must Have’ List This food joint located right opposite the SVKM campus in Vile Parle has about 59 different kinds of dosas. Nuff said! They have separate sections for dosa and fast food. We tried their Special Jinny dosa (₹160) with veggies, cheese, coriander and a whole lot of yummy masala!

Also read: 8 Amazing & Cheap Food Joints Near Mumbai Colleges That You Have To Try Once

This is a small Chinese joint located right outside M.M.K College in Bandra, while the main outlet is in Pali Naka, Bandra. As the name suggests, their specialty is fried rice (INR 100). They serve both vegetarian and non-vegetarian Chinese dishes.

Also read: China Bistro In Mumbai Takes You On A Culinary Journey Across Pan-Asia!