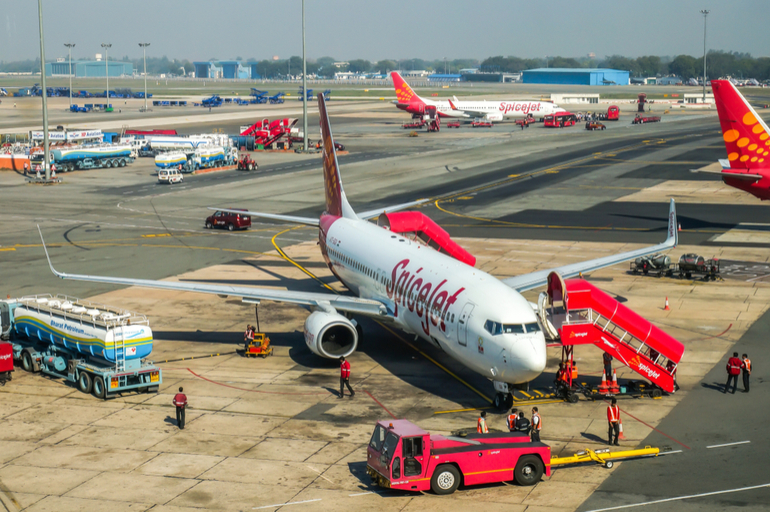 Air travel to get cheaper after Spicejet introduces India’s first biofuel-powered flight. Aimed at reducing the cost of air travel by replacing the aviation turbine fuel, Spicejet’s Bombardier Q400 aircraft, partially using biojet fuel, took off from Dehradun and landed at the airport in the national capital. The Spicejet Q400 aircraft flight having 78 seats was powered with a blend of 75 per cent air turbine fuel (ATF) and 25 per cent biojet fuel.

The biojet fuel is partially made from renewable sources like agricultural residues, non-edible oils, and bio-degradable fractions of industrial and municipal wastes.

The pros of using the biojet fuel are that it reduces carbon emissions, enhances fuel efficiency and it is low cost. It is made from Jatropha crop and the fuel has been developed by the CSIR-Indian Institute of Petroleum (IIP), Dehradun.

The biojet fuel has been recognized by American Standard Testing Method (ASTM) and meets the standards of Pratt & Whitney and Bombardier for commercial application in aircraft.

Also read: You Might Be Able To Attend In-Flight Calls In India From October 2018

The Spicejet operates 412 flights on an average out of which they have a fleet of 36 Boeing 737NG and 22 Bombardier Q400 planes.