Ganapati Bappa Morya! Mangal Murty Morya! This Ganesh Chaturthi the chants in Bangalore have just got louder and the celebrations have got grander. Bangalore has entered the Guinness World Records for the most number of people gathered for modelling and sculpting with clay. A total of 2138 Bangaloreans, including children and youngsters, gathered to create eco-friendly Ganesha idols. This event took place at the National College grounds on 25th August 2019. 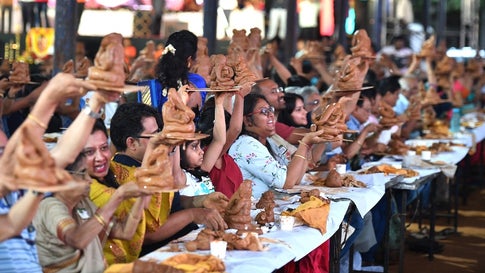 Also Read: Indore Has The Biggest Ganpati Idol In The World

Every Ganesh Chaturthi not only environmentalists but many of us dread the harm caused to the water bodies and aquatic life. But this year, things in Bangalore are quite different. Heeding the advice of environmentalists against the use of Plaster of Paris (PoP) and other toxic materials which pollute water bodies, Bangalore has kicked off it’s Ganesh Chaturthi celebrations on a fantastic note! 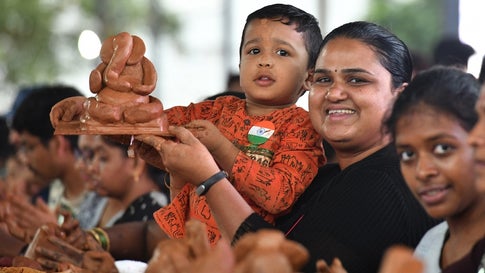 Beating the previous world record of 589 people, this massive event organized by Shree Vidyaranya Yuvaka Sangha and Bengaluru Ganesha Utsav team was a tremendous success. Ganesha idols were sculpted using special biodegradable raw materials like tulsi seeds and clay. Around 800 kgs of natural materials were procured from the Pottery Town in Bangalore and Chikkamagaluru. The efforts of the citizens of Bangalore did not go unrecognized. The Guinness World Record just added another feather to the cap for Bangaloreans.

Also Read: This Eatery Has A Giant 1Kg Modak In Mumbai 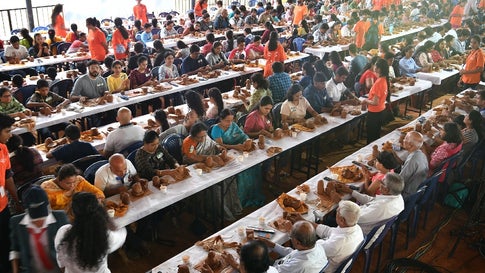 We congratulate the wonderful citizens of Bangalore for giving this year’s Ganesh Chaturthi an eco-friendly charm. And we hope that many more cities will be a part of such beautiful initiatives, to add that extra zest to this festival.