When Bollywood Gave Us Some Serious #TravelGoals 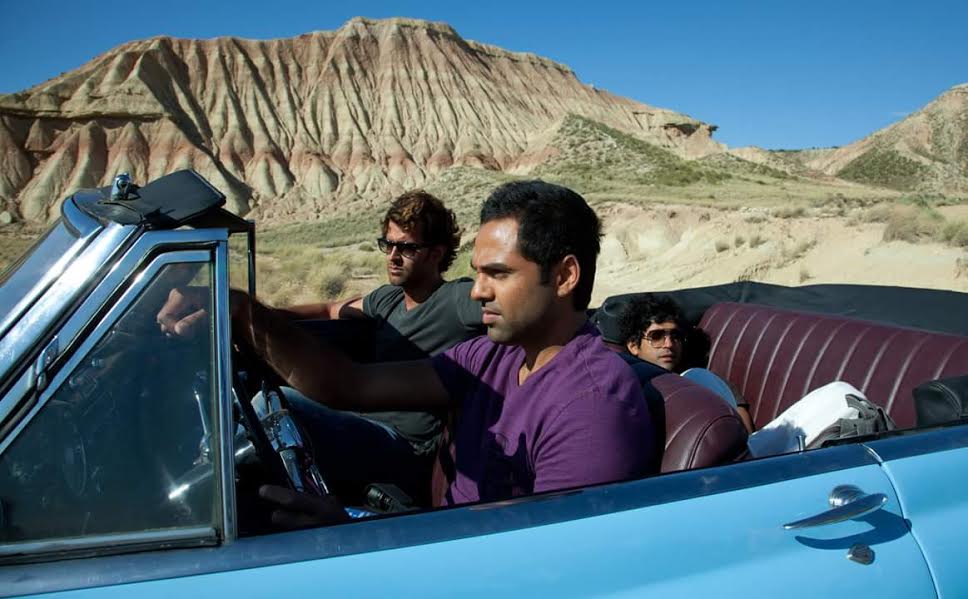 Movies have always been a great source of inspiration, be it travel or fashion. Like, ‘Dil Chahta hai’ inspired to plan a road trip with friends to Goa? Or Spain was suddenly featured on your travel bucket list post the release of Zindagi Na Milegi Dobara? That’s what movies do to us. Here are some of those Bollywood films that have given us some serious #travelgoals.

1. The Chopra Effect on #Switzerland

Yash Raj Films made us believe that if there is one place to go for a honeymoon, its Switzerland. From ‘Chandni’ to ‘Darr’ to ‘DDLJ’, the thought became so deep rooted that Switzerland became synonyms with honeymoon. Yash Chopra has shot so many films in Switzerland that a lake in Alpenrausch, which is his favourite spot, has been christened as Chopra Lake. And in May 2016, Swiss honoured the filmmaker with a statue. Travelling in India was never so cool as it became post the release of the film, Dil Chahta Hai. The urge in Indians to travel to Goa was aggravated by Farhan Akhtar‘s film in which three best friends take a road trip to the beachtown. Let’s not forget Aamir Khan’s trip to Sydney for some serious romance gave us a glimpse to an Australian holiday.

The legacy was very well taken forward by Farhan’s sister, Zoya Akhtar in her movie Zindagi Na Milegi Dobara. From scuba diving to sky diving, Bull run to La Tomatina, Zoya managed to give us some serious inspiration to quit our jobs and live the Laila life (Katrina Kaif’s role) or atleast use that annual vacation to experience a Spanish holiday. Indians traveling to Spain went up by 32% in the first six months post the film release. Most of the film was generously shot in Spain, and it took us to Barcelona covering the beautiful coastline beaches of the Costa Brava, to Buñol– for Ik Junoon – recreating La Tomatina festival, to Seville for sky-diving and to Pamplona for the Bull Run. 4. Dil Dhadakne Do Tempts You For #CruiseTrip

Zoya Akhtar’s next film Dil Dhadakne gave us some serious travel goals of splurging all our savings on a luxurious cruise trip. The destination didn’t matter as much as the fun if being on a cruise ship and experiencing a hoity-toity life. Traveling across East Europe, the film showcased the beautiful locales of Antalya, Cappadocia and Istanbul. (Six things you need to know before you embark for a cruise vacation) 5. The Rockstar in #Kashmir and #Prague

Imtiaz Ali’s love for travel is evident in his filmography as well. Having beautifully showcased the Rohtang Pass valley and Manali in Jab We Met, the cinematography goes a notch higher by the way Kashmir is presented in Rockstar. Ranbir and Nargis’s bike ride amidst the snowy peaks of Kashmir gave us some serious #awww moments. A major chunk of Rockstar and a couple of its songs including Tum Ho and Hawa Hawa were shot in Prague at places like Prague Castle, Charles Bridge and Prague Old Town Square. Queen validated the fact that solo back packing is the coolest thing to do and better than going on a honeymoon. From Paris to Amsterdam, Queen managed it all on her own and even made friends on her way. The film made many women add #solotraveling to their bucket list. The film, Highway, makes us realise the sense of freedom one achieves while travelling. The rustic roads of India and the locations presented in the rawest form captured India in a beautiful organic form. From the Rann of Kutch to the Northern parts of India, the country has never looked more appealing! 8. Travel Lessons from Bunny in YJHD

Ever since the film YJHD has been released, the perception of Manali has been changed from a family vacation spot to a youth-oriented holiday. Ayan Mukherjee‘s film and Bunny‘s character of being a travel enthusiast inspired many to achieve the same heights as he did. So much that, travel companies started offering ‘Yeh Jawaani Hai Deewani’ tour packages. Be it the northern part of India or Rajasthan’s Udaipur, the film took us to beautiful locations along with some serious travel lessons. Not just that, the highlight of the film was one of its songs- Ilahi, showcasing the landmarks of Paris like Cafe Le Buci, Eiffel Tower, Montmartre, Notre Dame and more. Imtiaz also introduced us to one of France’s favourite vacation spot, the delightful port town of Corsica, in his movie Tamasha. The song Matargashti was shot in the Corsica, which is surrounded by rugged mountains, soft sandy beaches and beautiful hillside villages. Tell us which movie has given you serious #travelgoals?

Also read, Curl Up To This Week’s Bollywood Travel Stories!