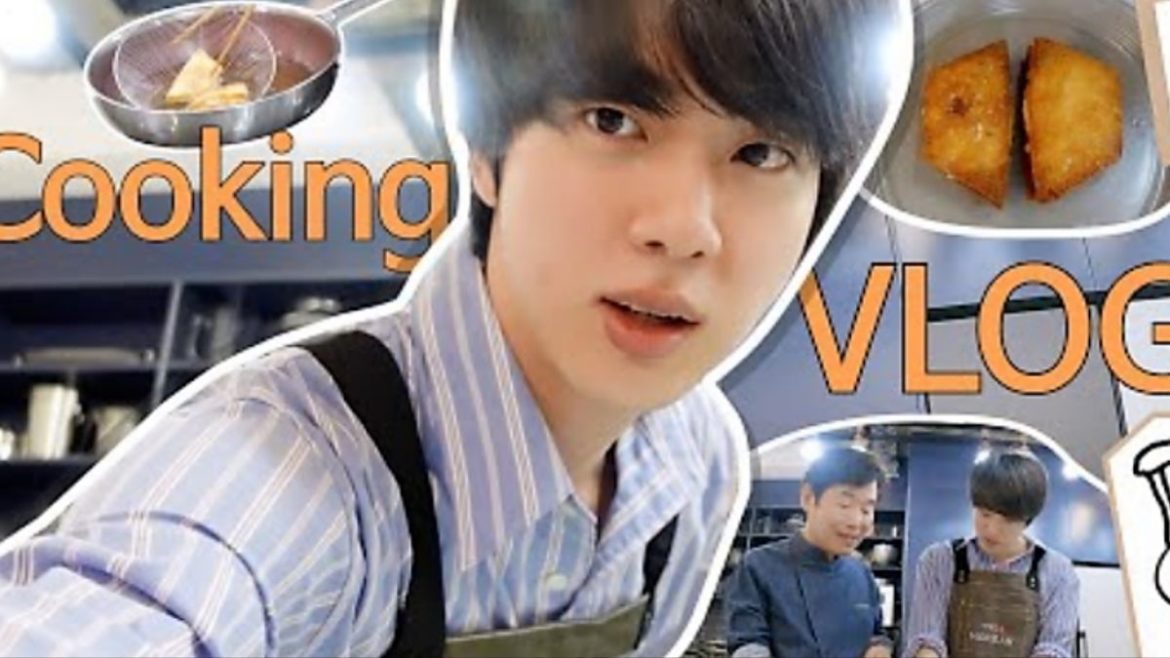 It’s no secret that along with enjoying their break, BTS is also releasing individual vlogs to update ARMY on their whereabouts. And after RM, V, Jungkook, and Jhope, it’s BTS singer Jin who has released a cooking vlog on the BANGTANTV YouTube channel. On Saturday, ARMY couldn’t keep calm as Jin took them on a virtual cooking tour with celebrated chef and South Korean television personality Lee Yeon-bok. Soon after the cooking vlog was dropped, hashtags related to Jin and his vlog started trending on Twitter. Within just a few hours, the video went viral and now has more than 5 million views on YouTube. ARMY was elated to see Jin doing what he loves..And the cherry on top was his adorable ode to BTS and ARMY. Read on to find out how the BTS singer made everyone fall in love with him and his cooking skills once again!

On Saturday, BTS singer Jin was seen indulging in a cooking episode with celebrated chef and South Korean television personality Lee Yeon-bok. The 32:22 minutes long cooking vlog opens up with Jin visiting the chef and gifting him some wine before getting into cooking. The duo then decide to cook menbosha or shrimp toast. It’s basically a dim sum dish that has minced shrimp or prawn between two pieces of fried bread. But ARMY was in love with Jin, seeing the BTS singer cook the shrimp toast in the shape of the BTS and ARMY logo. Jin also took to Instagram to share pictures of the same and his comment section was filled with purple hearts showing how ARMY adored his gesture. Meanwhile, on the cooking vlog, Jin and chef Yeon-bok were seen enjoying the shrimp toasts later with some red wine. Well, we hope the singer had a good time doing what he loves during his break.

BTS Is Also All Set To Release The BTS RECIPE BOOK: Book Of Tasty Stories Soon

BTS members, especially BTS singer Jin, Jungkook, and rapper Yoongi, love cooking. They often share their cooking episodes with ARMY and now BTS is all set to release their BTS RECIPE BOOK: Book of Tasty Stories. The cookbook which costs around $28 per copy, is available for pre-order now and will start shipping between mid-to-late November. The cookbook is a blessing for all the BTS fans who love cooking as it will feature recipes like kimchi fried rice, scorched rice crackers, sugar-filled griddle cakes, and much more. The recipes will be the ones that BTS singer Jin, Jung Kook, V, Jimin, and rappers RM, Suga, and J-Hope use when they cook.