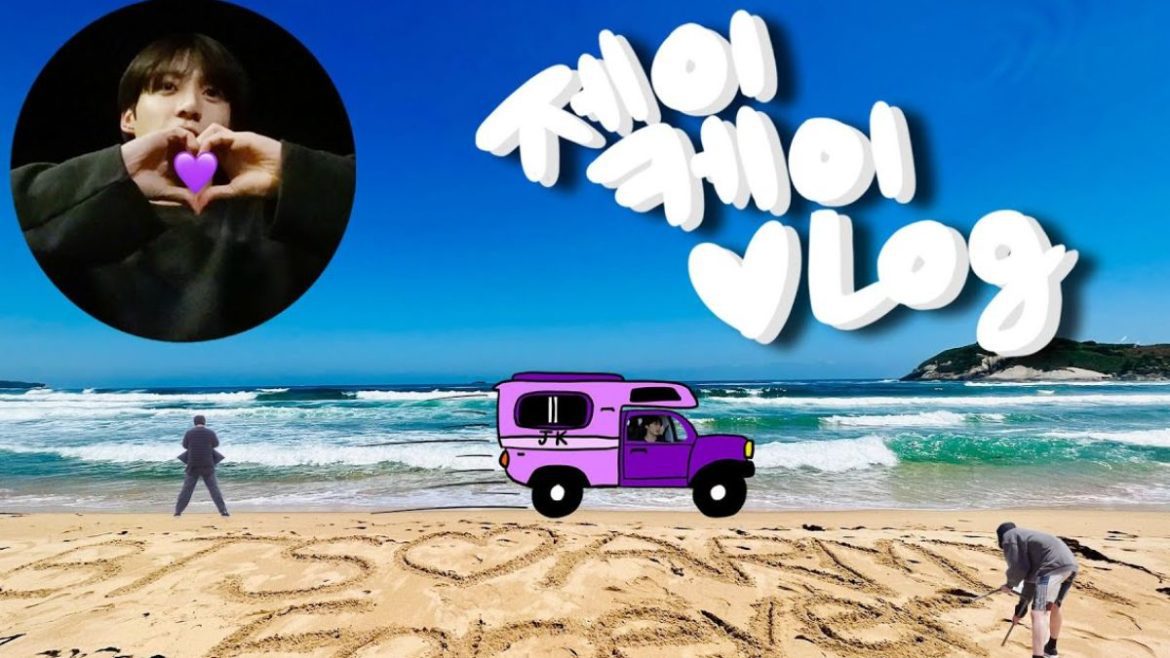 It’s now been week five of the individual vlogs of the members of BTS and this time it’s the Golden Maknae whose camping vlog just got released. Jeon Jungkook is here to spread his cuteness and take ARMY on a beach camping trip to Goseong, South Korea. From setting up the RV and collecting water to cooking yummy dishes and missing playing with the firewood, Jungkook had the time of his life on his camping trip. ARMY themselves are quite excited to try out something similar after the release of Jungkook’s vlog on YouTube. They took to Twitter to trend hashtags for their idol and expressed how camping is a healing experience and they’re glad Jungkook got to try it out!

The 46 minutes vlog starts with Jungkook driving to his camping site by the beach. The Maknae doesn’t mention the exact location but mentions that he is heading to Goseong, which is a small and cozy county in South Korea. The whole way Jungkook keeps talking to ARMY and reveals his growing hunger. Later after gorging on some yummy so-teok (sausage tteok) and fried chicken and buying the necessary food and veggies for his camping trip in a store, the Maknae resumes his journey. After arriving at the location, the maknae adorably does all his work and sets up the RV. He then enjoys some yummy barbeque and coffee and makes some magic fire on the cauldron. Jungkook reveals how this was his first camping trip and although he missed the other members, he truly enjoyed the experience. Well, we can’t agree more Jungkook, Camping is always healing!

Cooking Tips From The Golden Maknae

It’s no secret that Jeon Jungkook is a big foodie. And when it’s a JK vlog, you always learn a lot about food and cooking. On his recent camping vlog, Jungkook was seen cooking his own meals and while cooking barbeque he mentioned an amazing way to make your fried Kimchi taste better. The maknae said that it’s important to grill the meat on the edges and once the oil gathers in the center of the cooking pan, put in the kimchi and fry it until ready. Looks like we all need to take notes from Jungkook and try this out the next time we eat kimchi and meat!