India is home to many splendid forts, magnificent monuments and astounding temples. The International Society for Krishna Consciousness (ISKCON) has over 150 beautiful shrines in India. In these temples, the birth ceremony of Lord Krishna, Janmashtami, takes place with great fervour and pomp. Even the tallest temple in the world, planned by ISKCON Bangalore is set to come up at Mathura in 2022. Every year, during Janmashtami, the ISKCON temples receive a large number of tourists from all parts of the world. However, this year, they are streaming the celebrations virtually to combat the spread of the deadly coronavirus. Here are 5 most beautiful ISKCON temples in India that you need to visit at least once.

The Sri Radha Krishna Temple in North Bangalore’s Rajajinagar is one of the largest ISKCON temples in the world. The temple complex has six shrines dedicated to Radha-Krishna, Krishna Balarama, Nitai Gauranga, Srinivasa Govinda, Prahlada Narasimha and Srila Prabhupada. The design of the temple comprises blue glasses that breathtakingly complement the walls built with white sandstone. The temple also has a 17-metre high gold-plated flag and a gold-plated kalash shikara, Other atrractions within the temple premises include the Vedic museum, the exhibition zone and the Vedic film theatre. 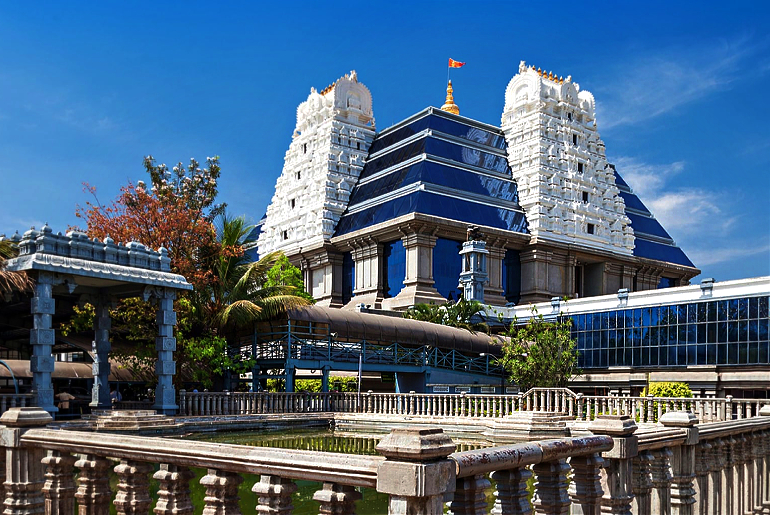 Also Read:  6 Different Ways In Which Janmashtami Is Celebrated Across India

Built in 1975, this is the first ISKCON temple in India. Vrindavan is believed to be the place where Lord Krishna had spent a major part of his childhood. No wonder, the celebration of his birthday happens with great zeal in this holy city. According to the folklore, Madhuban in Vrindavan is the place where Lord Krishna performed Raas Leelas. Many folk performances take place at Madhuban during Janmashtami and its aura attracts visitors from far-off places. Other festivals like Holi, Gur Purnima, Radhashtami and Gaur Purnima also witness grandiose celebrations here. 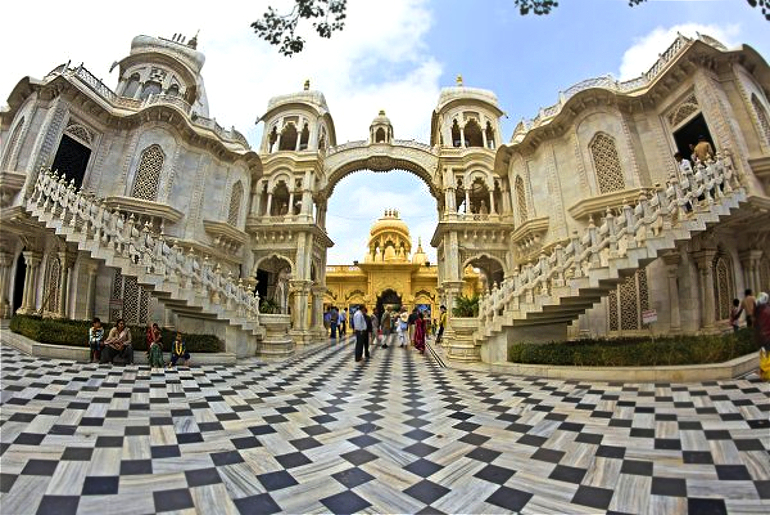 The chariot-themed Radha Parthasarathi temple is at Somaladoddi village in Anantapur, Andhra Pradesh. Its beauty will leave anybody awestruck, thanks to the pleasant pink hue and gigantic horses. The shrine looks more marvellous at night with illuminated walls. This ISKCON shrine in Anantapur was inaugurated in the year 2008. 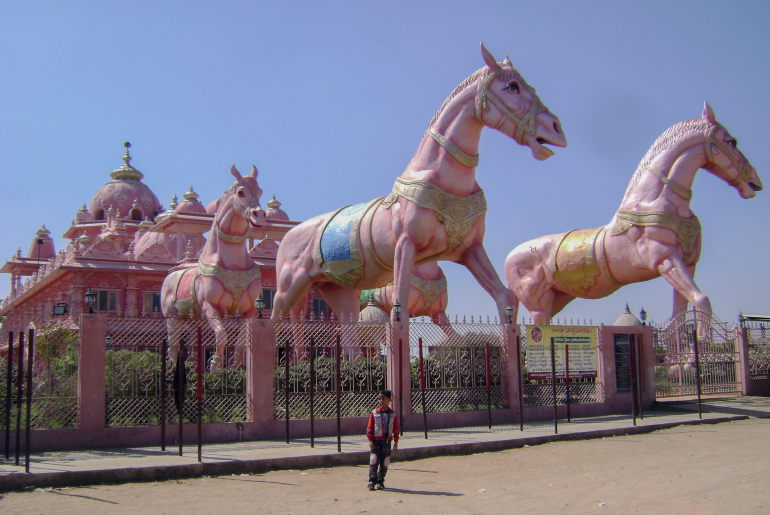 At the confluence of two rivers Hoogly and Jalangi, at nearly 130 kilometres away from Kolkata, lies Mayapur. And the most gorgeous architecture at this place is the Mayapur Chandrodaya Temple of ISKCON. The temple comprises the deities of Pancatattva, Lord Nrisingha Dev, Srila Prabhupada and Radha-Madhav with the Gopis. ISKCON MAYAPUR also has guest house facilities for tourists. 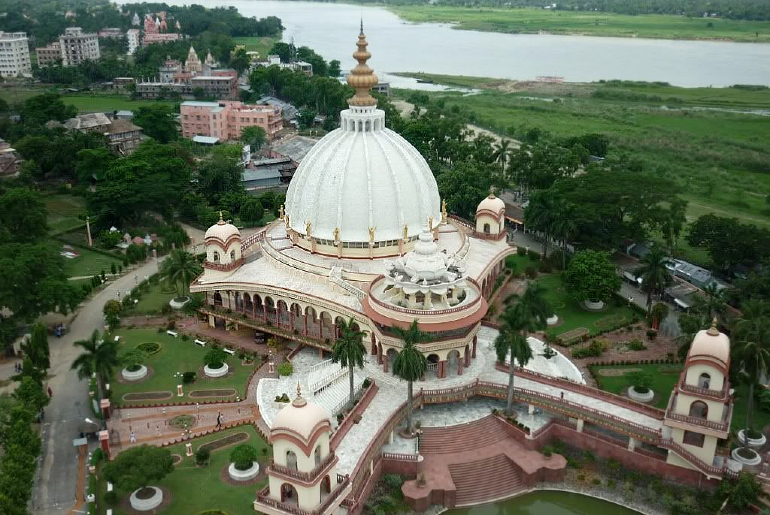 Also Read: 5 Interesting Facts About Janmashtami That Will Leave You Awestruck

ISKCON temple Delhi has the world’s largest sacred book in the Glory of India Vedic Cultural Centre. It is a popular centre in the temple complex where visitors can learn about Hindu texts through multimedia technologies. It comprises the ‘Astounding Bhagavad Gita’, which is the largest printed religious book in the world, weighing 800 kgs. These are only a few of the long list of Lord Krishna temples in the country. Which of these shrines would you like to visit first? Have you already visited any? Tell us in the comment section below. Meanwhile, here’s a virtual through the beautiful holy city of India, Varanasi: