Vrindavan Chandrodaya Mandir In Mathura…
UAE Hotel Occupancy Soars To…
Activities For Kids In Dubai:…
Omicron Restrictions: Here Are The…

India might have the tallest religious monument in the world in a couple of years. Vrindavan Chandrodaya Mandir, which is under construction at Vrindavan, Mathura, is going to have a spectacular height of 213 metres or 700 feet. The planning of the temple was done by ISKCON Bangalore and its foundation stone was led by Pranab Mukherjee, the former President of India, on November 16, 2014. With an estimated cost of ₹700 crores, it is also going to be one of the most expensive temples in the world. As per the plans, the temple will be open to the public by 2022. Read on to know the details.

The Vrindavan Chandrodaya Mandir will be an awe-inspiring addition to the list of noteworthy Indian architectures. The shrine complex will cover a sprawling expanse of 26 acres. It will have four temples and 12 forests. The four temples will be dedicated to Krishna Radha, Krishna Balram, Chaitanya Mahaprabhu and Swami Prabhupada. The names of the forests will be after the 12 gardens of Braja- Vrindavana, Kamyavana, Talavana, Madhuvana, Kumudavana, Bilvavana, Bhadravana, Bahulavana, Bhandiravana, Kumudavana, Lohavana and Mahavana. The lush green forests will have lotus ponds, musical fountains, waterfalls, orchids, hillocks and many more. 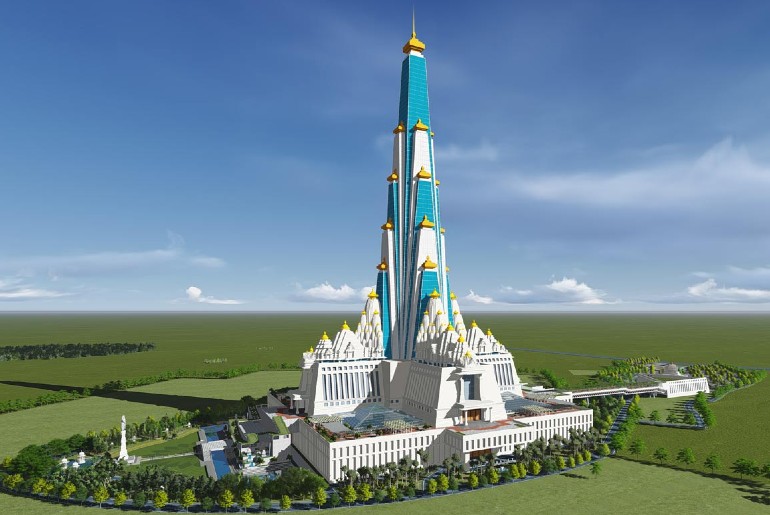 A Watch-Tower With Telescopes, A Skywalk And A Boating Zone

There will be a watchtower atop the temple with telescopes that will give a marvellous panoramic view of the Vrindavan town, along with the river Yamuna. Other attractions in the temple premises will include a heritage museum, a Radha-Krishna recreational park, a boating zone, a skywalk, rides for kids, a capsule elevator and many more. 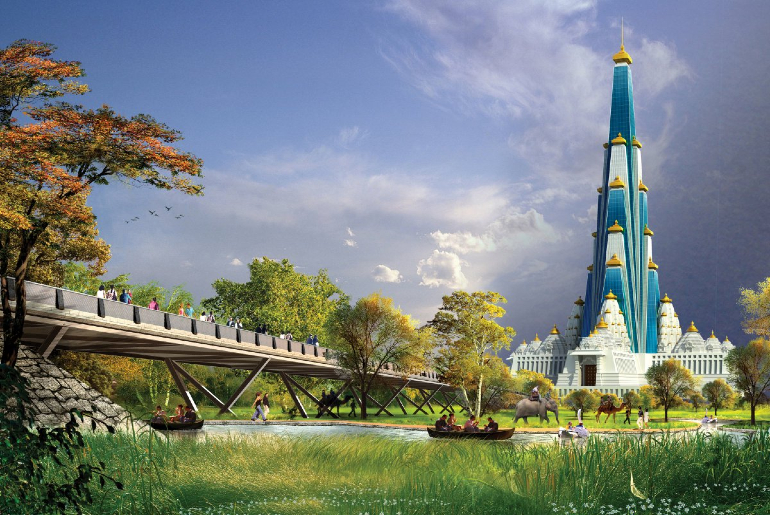 Also, the temple authorities are mulling over conducting night safaris for the tourists. There will be accommodation facilities as well for the visitors who wish to halt around the temple complex for a few days.

The Architecture Of The Skyscraper

The structure of the tallest religious skyscraper, Vrindavan Chandrodaya blends the ancient Nagara architecture with modern designs. Also, there is will be a light and sound show in the temple premises on the planetary systems of the universe, as explained in the Vedic literature. 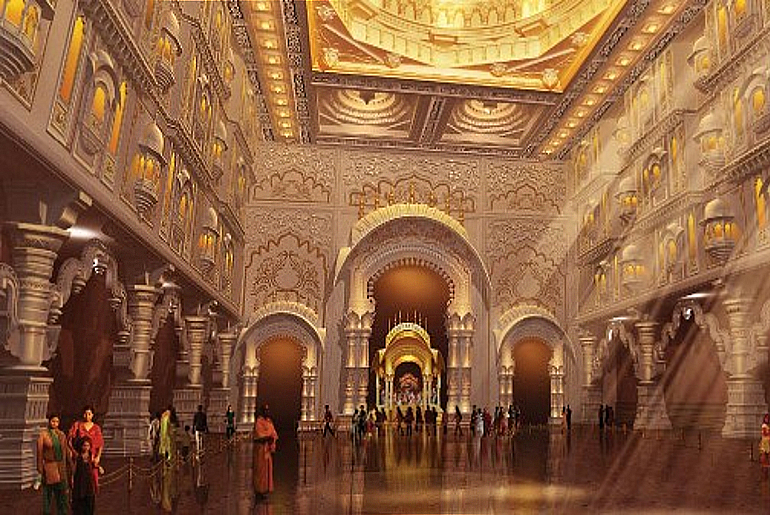 Come 2022, make some plans to visit Mathura and feast your eyes on the sky-touching steeple of the Chandrodaya temple. On that note, did you know about the Bullet Baba Temple in Rajasthan where devotees worship a 350cc Royal Enfield?