If you can’t travel to Paris to explore the Arc De Triomphe, worry not! We’ve our very own India Gate which not only looks like the Arc De Triomphe but also has a rich patriotic history, related to our motherland. The iconic war memorial, located astride Delhi’s Rajpath, was designed by Sir Edwin Lutyens and established on 10th February 1921. The 42-metre grandiose structure was previously known as the All India War Memorial. India Gate pays tribute to about 70,000 soldiers who were martyred between 1914 and 1921 while fighting World War 1. Here are some reasons why you need to explore India Gate before visiting any foreign architecture. Read on!

1. India Gate Looks Much Like Paris’s Arc De Triomphe But Has ‘INDIA’ Inscribed On It

Speaking about the physical appearance, both the structures have gates in the shape of arcs. Even the cornices of the two look similar. A noteworthy difference is that, for India Gate, ‘INDIA’ is written in bold on top of the arch. This will definitely trigger the nationalism within you. Also, there are many prominent buildings and structures around India Gate, like the Rashtrapati Bhavan or the Presidential Palace and the National War Memorial. Inside the Rashtrapati Bhavan is the marvellous Mughal Gardens with around 10,000 tulips. Also Read: #CTCraves To Visit These Iconic Monuments Of Delhi

2. The Names Of The Martyred Indian Soldiers Are Engraved On India Gate

The names of all the Indian soldiers, who had laid down their lives in World War 1 and the third Anglo-Afghan War. are listed on the surfaces of the India Gate. These Indian soldiers had selflessly fought in countries like Mesopotamia, France, Persia, Gallipoli, East Africa and other countries during World War 1. The Arc De Triomphe commemorates those soldiers who had died in France in the Napoleonic Wars and the French Revolutionary Wars. 3. The Eternal Flame, Amar Jawan Jyoti, Burns Beneath The Arc Of India Gate, Honouring The Bravehearts

An eternal flame burns beneath the India Gate, paying homage to the thousands of bravehearts who had dedicated their lives for their motherland, India. The inauguration of the eternal flame of the India Gate, known as Amar Jawan Jyoti, took place on Republic Day 1972, to honour the soldiers who had lost their lives in the 1971 Indo-Pak war. There is a flame beneath Arc De Triomphe, too, that came into existence on 11th November, 1920 to honour the French soldiers. Therefore, a true Indian should always plan to visit India Gate first. Also Read: Here Are 5 Iconic Places Of Delhi That You Can Visit Virtually While At Home

4. You Can Enjoy A Spectacular Boating Ride Near India Gate

You can take a breathtaking boating ride on a pond near the India Gate, while enjoying the stunning views of the war-memorial, along with the magnificent Rajpath and Presidential Palace. Paddle boating will cost you ₹130 for 30 minutes. For motorboating of two rounds, you’ll have to pay ₹100 more. The aura of the place, coupled with the soothing breeze over the water body, will leave your soul relaxed and spellbound. Also, here are 5 stunning lakes of Delhi NCR you probably didn’t know about. 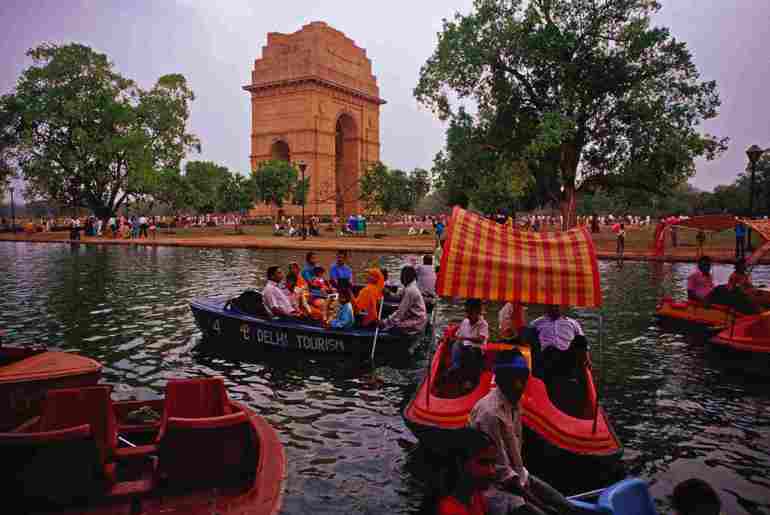 5. The Late-Night Vibes Around India Gate Shouldn’t Be Missed

The two well-known tourist structures, India Gate and Arc De Triomphe, look profoundly beautiful at night. But the best part about India gate is the exuberant vibes around it, especially at night. Even during late night, there’s a line-up of vendors near the gate, who sell flavourful ice-creams, chuskis, roasted corn, masala papads, candy floss and more. Now, due to the lockdown, the roads are devoid of such vendors. But we anticipate that once things become normal, the late-night charm of the place will resume all over again. On that note, here are the things you can do at India Gate on a Delhi winter night. 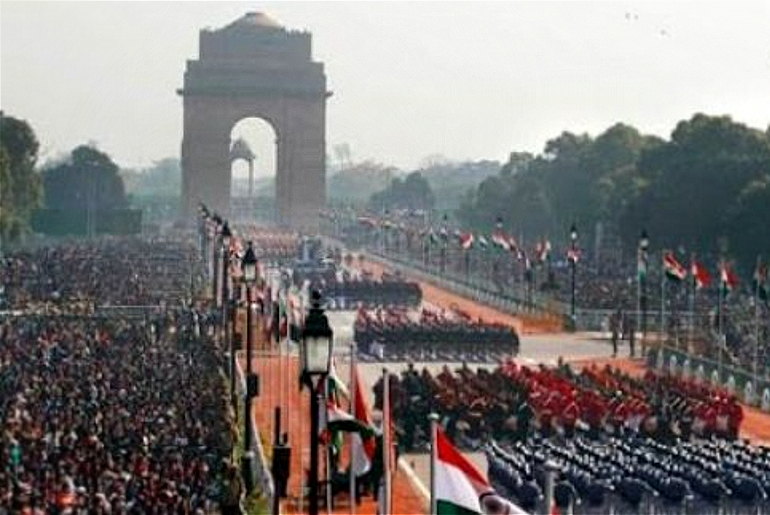 There’s so much to explore in India. From lush green landscapes, lofty mountains and sprawling shorelines to magnificent historic architectures and thriving cities, India has everything. That’s why we suggest you to go #Vocalforlocal and choose Srinagar’s floating market over Bangkok’s, Auli’s slopes over Alaska’s, Andaman’s Radhanagar Beach over the Maldives and of course India Gate over Arc De Triomphe. On that note, know about the top 15 international travel experiences in India.

Meanwhile, here are 14 sounds of Delhi we’re missing during the lockdown: