Why We Prefer Slopes of Auli For Skiing Over Alaska

Alaska in the United States is known for some of the world’s most renowned ski areas. Noteworthy among them are the Chugach Mountains, the Cascade Mountains and the Mendenhall glacier. While these foreign slopes are quite popular for mountain sports, in India, you will have the opportunity to skid through the Himalayas, the highest mountain range on Earth. The very reason you should choose Auli in Uttarakhand over Alaska when it comes to skiing. Read on!

The picturesque hill station of Auli in Uttarakhand remains blanketed with snow almost throughout the year, and it gives magnificent views of some of the highest peaks of the world like Nanda Devi and Kamet. Other grandiose mountain ranges visible from here are Hathi Parbat, Nar Parbat, Ghori Parbat, Nilkanth, Beethartoli, Dunagiri and Mana Parbat. Most of these mountains are obviously higher than the mountains in Alaska. For example, the Chugach Mountains have an elevation of about 13,094 feet above sea level. The Cascade Mountains have a maximum height of  14,411 feet. On the other hand, Nanda Devi is the 23-rd highest peak in the world, having a maximum elevation of around 25,640 feet. Kamet, the 29th highest peak on Earth, has a height of around 25, 446 feet. So, skiing in Auli, can be undoubtedly way more adventurous than skiing in Alaska. 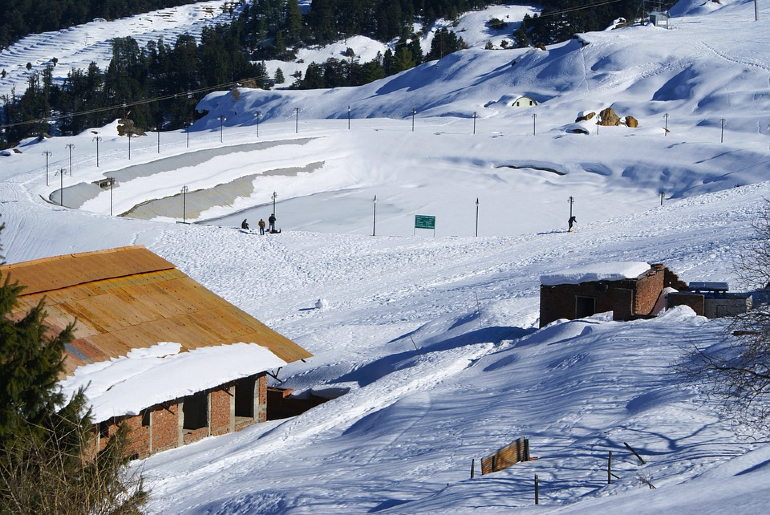 The ski slopes at Auli start at an altitude of about 3,000m and extend for 3km. The best months for skiing in Auli is January and February.

2. You Might Spot Majestic Animals On The Slopes Of Auli 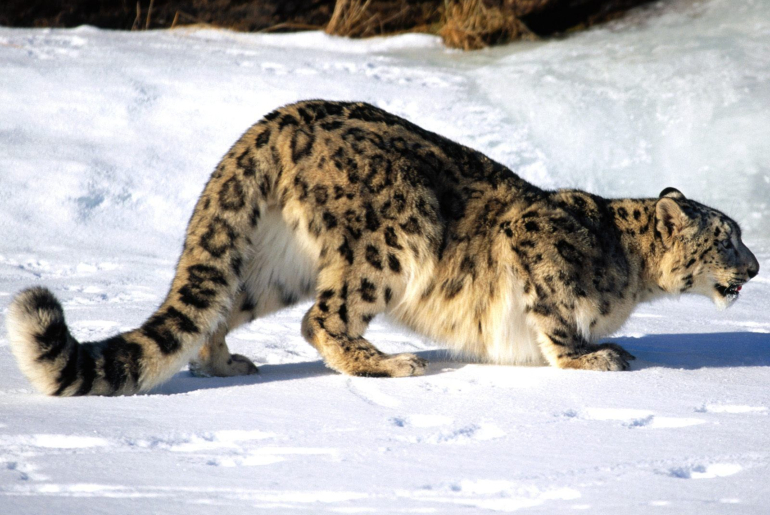 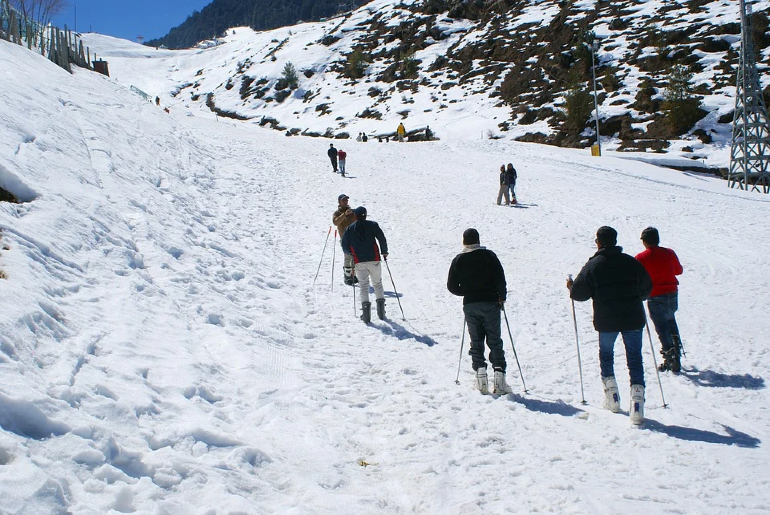 4. Auli Is One Of The Best Destinations In India For Winter Adventures

The vast stretches of Auli’s snowline not only attracts skiing enthusiasts, but Auli is also popular for a slew of other winter adventures like rope lifts and cable car rides. The Auli Ropeway is the longest in Asia after Gulmarg, and covers a distance of nearly 4 kilometres, giving a stunning view of the icy facade of the hilly expanse, with snow-covered pine trees and deodar forests. The Auli carnival, conducted by the tourism ministry of Uttarakhand, starts from late December and it attracts a large number of mountain buffs from all over India. Also, many skiing competitions are organised here, such as the national championships that take place in the months of February and March, under the Winter Games Federation of India. 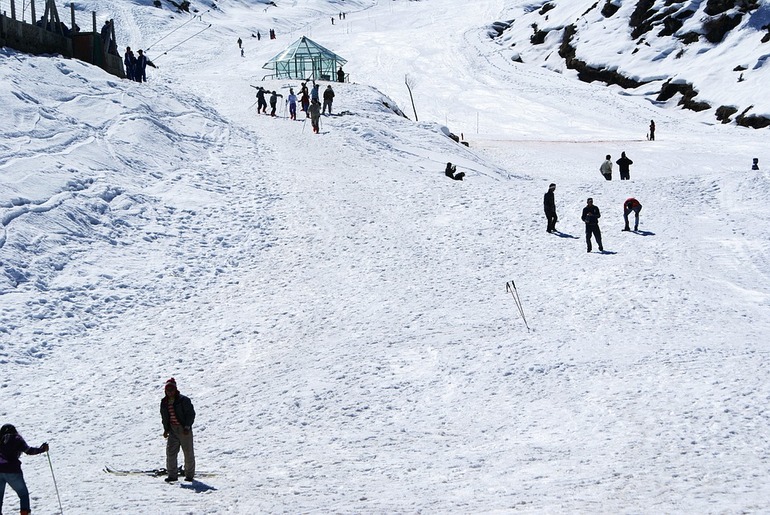 Apart from Auli, another popular skiing destination in India is none other than Gulmarg, Kashmir. The best time to head over to these Kashmiri slopes is from mid-December to mid-April. At Gulmarg Gondola, you’ll able to reach a height as lofty as 3980 m, which is over 13,000 feet. So, the next time you’re planning an adventurous tour to the mountains, go #Vocalforlocal and head straight to these Himalayan stretches.

Meanwhile, here are 10 amazing snowy hill stations you must visit in North India: