Uttarakhand’s popular skiing destination, Auli is covered in snow. The thick, heavy snow in the state has let to heavy power disruption and left the state in the dark since days. The power has not yet been restored after efforts by the electricity town board. And if you’re planning to try your luck at skiing there this winter, then maybe you need to put your plan on hold for a while, as North India is facing harsh winter season this time of the year. The roads in Jammu Kashmir are slippery and they are blocked due to the landslides caused because of the rain and snowfall. And now, Auli in Uttarakhand is covered with snow and has no power supply for days. 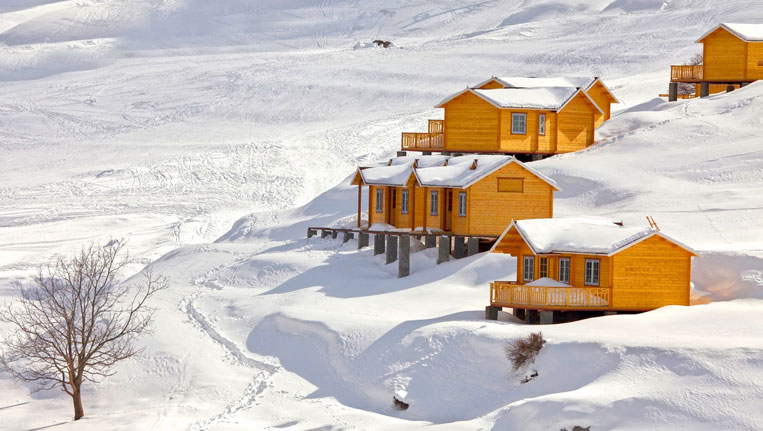 Uttarakhand’s Auli witnesses an impressive tourist inflow especially during the winter season, as the snowfall brings in skiing enthusiasts. The ground covered in snow, the tall green pine trees looking majestic, Auli makes for a charming hill station in India. But now this winter has been quite harsh and even disrupted the power supply of the region. Locals have stated that this has been the longest time that the hill station has witnessed a power failure. Earlier, a power failure would last only around 2 to 3 days.

Also Read: As Himachal Freezes At -14 Degrees These Hill Stations Covered In Snow Look So Dreamy!

If not, Auli in Uttarakhand, here are 10 snowy hill stations in India you can explore with your friends and family this winter. But yes, do be careful as the winter is quite harsh this year.

This heavy snowfall and cold, coupled with power issues, has decreased the tourism revenue of the state. Tourists are not keen to visit this skiing destination in the prevailing conditions. Efforts are also being made to clear off the snow from roads leading to Auli. The roads connecting Auli, are slowly getting cleared off the snow to keep it accessible via roads. And so far there are no reports of tourists’ blockage on the roads to the region. But it is still advisable to postpone plans to visit this skiing town in the coming few days. Did you know Kashmir & North India Are Probably Facing The Harshest Winter Ever?