Delhi’s Foreign Dhaba Is Serving…
These Indian Dishes From Bengal…
From Hello Kitty To Panda,…
Hard Rock Cafe Now Has… 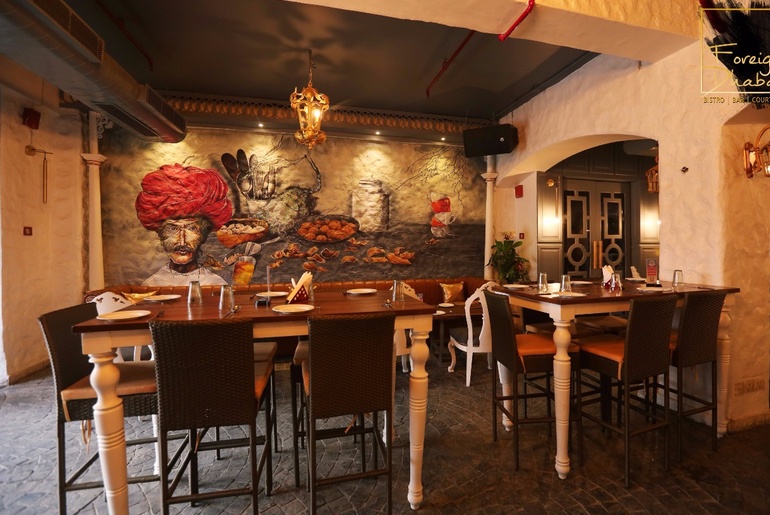 Head over to Rajouri Garden’s Foreign Dhaba Bistro & Bar for a quick and cheap booze fix for only ₹69 till 15th December.

If you love drinks a bit more than anything else, head to Rajouri Garden’s Foreign Dhaba Bistro & Bar for a cheap fix for booze. Offering any drink at ₹69, you can choose from their well-stocked bar of selection of whiskey, vodka, beer, coke and mojitos. The offer is valid on the purchases throughout the week but only from 12 noon to 7 PM.

But that’s not all.

Also read: Lord Of The Drinks In Delhi Has An Elegant Vibe And Prepares Unique Alcohol Concoctions

The temperature might be dropping, but Delhi’s Foreign Dhaba & Bistro has introduced a new ‘Chai Paratha’ menu that will keep you happy till 3 AM, that too at reasonable rates.

Just because winter season is here, doesn’t mean we don’t get our usual midnight cravings. But don’t worry, Foreign Dhaba & Bistro has you sorted! They have introduced a new Chai Paratha that offers various styles of paratha served with a steaming cup of adraki chai.

Along with that, they have a lot of other menu options including omelets, maggi, waffles, and biryanis. All of this is set between ₹99 to ₹150.