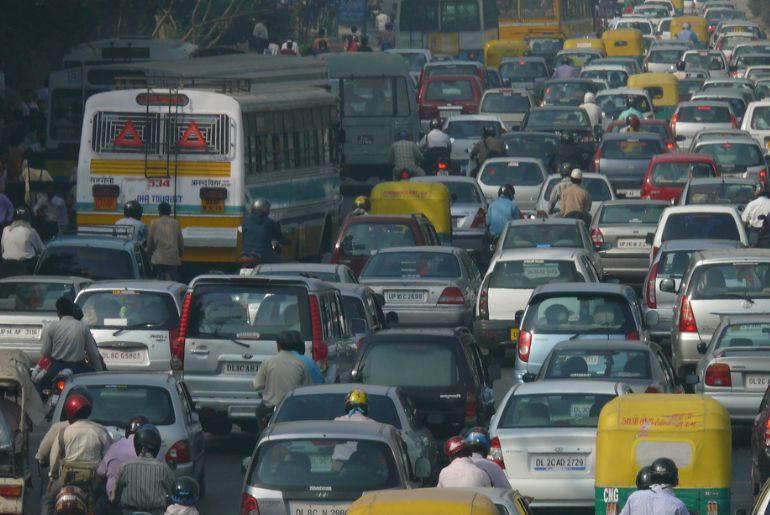 It is quite evident that every city celebrating Navratri and Ramleela will face issues regarding traffic. People are finally getting on the ground and dancing their hearts out after a long hiatus of 2 years because of the COVID-19 pandemic. And for this, the Delhi Traffic Police has already issued an advisory on Monday so that Delhites can decide their routes properly as the traffic can get affected during the Navratri and Ramleela celebrations.

Delhi Traffic Police Shared An Advisory To Alert The Commuters!

The traffic alert advisory shared by Delhi Traffic Police mentioned that some roads and stretches near some temples would be affected during Navratri from 26 September to 5 October. As people celebrate in the evening and night, the time for the movement of vehicles likely to be affected is from 5 pm to midnight. And to deal with the traffic concerns, they shared a list of routes to plan their travel accordingly. In the tweet, they mentioned the venue of the mandirs where Navratri will be celebrated on the dates mentioned above.

Check out the tweet of Delhi Traffic Police here:

In view of #Navratri celebrations in Delhi from September 26 to October 05, 2022, some roads/stretches would be affected.

Commuters are advised carefully plan their travel and follow the guidelines for their convenience.#DPTrafficCheck pic.twitter.com/GwOHxTxI7K

Ramleela will be celebrated at different corners of the national capital; a total of 46 venues. Some of these 46 venues are:

In fact, many Delhites will make arrangements for Ramleela at different places such as colonies and open grounds and celebrate. Among locals, many might take out processions and these can lead to traffic jams. In fact, Ramleela committees might organise processions. And public gatherings can affect vehicular movements on roads.

Also read: Delhites Will Now Have To Pay More For Taxi And Auto Rickshaw Rides

It Is Better To Avoid These Delhi Routes During Navratri & Ramleela Celebrations!

We hope that you have a great Navratri and Ramleela celebration this year and stay away from all the traffic.